How much longer are we going to be without our accounts.  I am on my third full day and still cannot get any straight answers except we are investigating the problem.  I am frustrated because my Oculus is only three months old and I have had nothing but one problem after another.

I’m rather curious too.  I was told to wait another 24 hours yesterday and still nothing new has happened.  My account was already merged when this issue began, so logging in with my Facebook account I didn’t think anything of it when this issue started until I noticed all my programs and my oculus home did not load up.  Somehow I created a new account or it was deleted? No real details have been shared with me other than they were working on it and there would be nothing I needed to do to recover my account than be patient.  The only thing that has changed is the fact that the quest 2 can actually load the device VR home space (hell it remembers my guardian I initially set up) and I can link the quest to the pc app with my link cable.  But all the games and purchased apps are still gone - even though I can find the install directories right on my pc just fine the programs will not launch because my account is jacked.  Yeah this sucks - checking my bank I have receipts from way back totaling around 450 in purchases and I have receipts in my gmail account with all the transactions - which funny enough since I merged my account with my Facebook a long time ago you would think would show up here but they don’t.  None of my orders seem to be showing up here even the 2 physical silicon slip covers got for both my quest 2s. So yeah I am still waiting but no word.  Super frustrating.

As far as I can tell, they are just as confused as we are. On the off chance that they know exactly what is going on and aren’t acting on the issue (actively ignoring the users experiencing issues) then they are legally required to fully refund all purchases, OR let the users affected create and link new accounts and have all license ownerships transferred to them. I am just as frustrated as everyone else, but all we can do is bide our time. Hopefully the issue is resolved and both Us and Meta leave this behind us more satisfied than before. I've been told by other users that this exact problem has occurred multiple times in the past, and it’s honestly quite baffling that they haven’t created a permanent fix for such a glaring flaw in the infrastructure. This is Meta we are talking about. FACEBOOK. I’ve never come across this type of issue with any other account based server company before. Losing an entire library of paid apps that are directly linked to individual accounts is new to me. It’s almost like they just want our money, and don’t care if we are satisfied with their product. Huh, go figure!

Yeah I checked my quest 2 with my pc as well, and was even able to launch beat saber and Blade and sorcery manually through developer functions; however, both games crashed on startup and wouldn’t actually fully launch. It’s really weird. I can’t even begin to explain how something so baffling could occur. Best of luck to all of us I suppose!

I am the same. Lost everything for 4 days now. No information on what's going on. Over £500 I have payed for nothing. Terrible service. 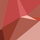 If I log into the Oculus website I can see all my purchased apps and linked device, but nothing on the app. Surely it's the same account details?

Same **bleep** here. Got my oculus quest 2 1 week ago and was only able to use it for 2 day..contacted support to like u guys were investigating the issue to find a fix. They dont even bother to keep us updated lost over 100$ of purchase 2 day after buying them . what a farce. Never seen this in 15+ year of gaming. So not even sure ill get my games back nor expect any compensation. Ill just hope its fixed soon. Been 4 day now

Anonymous
Not applicable
In response to Chrisowe
Options