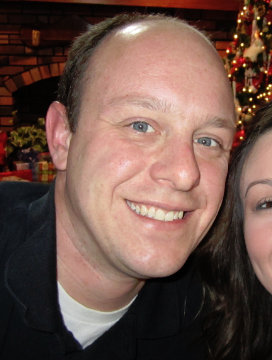 Hey Guys -
I've had my Rift CV1 since way before the touch controllers were released and love it.  A couple of weeks ago, the connector on the Rift which the top head strap loops through broke off :(.  There's a little rod which can normally be removed from two small mounts, but the issue is that the mounts on both sides are what broke off from the headset at the spots where i have arrows below...

Beyond purchasing an entire new headset, what (if any) suggestions or workarounds does anyone have to resolve this?  I've already tried superglue, Bondic, and a combination of the two; but that only lasts an hour or two at most.  I'm thinking of a different type of adhesive, replacement frame (w/o electronics if even offered), 3d printed part, or alternative method of attaching a head strap.
Thanks!
0 Kudos
Share
Reply
14 REPLIES 14

I've just looked at mine and it does look like something that could quite easily snap. I would think about mounting something on the top of the headset, but I'm not sure what would allow something to stick there. i'm not sure if hot glue or something else would be strong enough.

I'd like to see if someone has a proper fix even though I don't have this problem myself.

Edit: Could you maybe wrap something around the top & bottom of the headset like strong string. Then have the Oculus strap looping around the string? Or instead of string some long plastic ties would be better.
0 Kudos
Share
Reply

Appreciate the reply and comments...

Yea, im surprised I couldn't find more people with the issue.  Would hot glue be more adhesive than super glue?  I searched a bit more and am considering "plastic welding" where you basically melt both pieces with a soldering iron to reconnect them.  With such small parts im tedious, so still looking.  Would assume you'd need good temp control and dont have similar plastic to test with.

If anyone else has ideas, please advise -

Ask @TomCgcmfc , he has never had any issues with Oculus stuff and never goes out apparently 😉
0 Kudos
Share
Reply

MAC_MAN86 said:
Ask @TomCgcmfc , he has never had any issues with Oculus stuff and never goes out apparently 😉

he seems a great guy
Look, man. I only need to know one thing: where they are.
1 Kudo
Share
Reply

I don't know what is wrong with him either?
0 Kudos
Share
Reply

I would suggest that you 3d print (or have printed by someone) a larger version of the broken area, or a rework of it, and firmly glue it to the rift very close to the original spot (on the outer shell). Goop works quite well for things like that. I built a few things for tracking and modifying head straps when I was playing with VR and a cell phone and they held up fine.

Another way would be to use a small bit of aluminum that is in the shape of a U, drill two holes for the Bar and use a small nut and bolt for the Pin and Paint it black. depending on the job you do it might not be noticed. 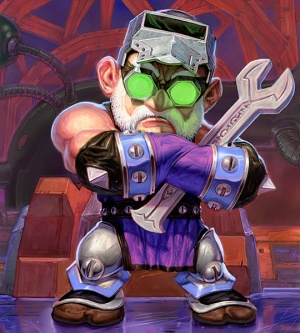 Mine has broken multiple times. If you have all the pieces you can glue it all back together with gorilla glue but rest assured....it will break again. It's a faulty design to begin with. My next step will be to take a ring (like the ones you find on a dog collar) and attach it to the top of the mask. I can make a small base to hold the ring using any kind of plastic and gorilla glue. You can also use a acrylic denture repair kit if you can still find them. The kit comes with a powdered acrylic resin and a liquid activator solution. By mixing both together you can easily form your own components. Once the mix is set you can drill it, sand it and then set it in place either using hot glue or gorilla glue. I promise it will work for I am the gnome king and I just love to tinker.
0 Kudos
Share
Reply

Sorry for late reply, but good suggestions.  As KingGelbin suggested, I've used super glue to fix it, but as mentioned; it's only temporary.  I think you are on the right track with the ring idea.  Have you ever used Bondic before?  It's a tube of gel which instantly cures into a hard plastic via UV light which I use it for many things around the house and probably much easier (and stronger) than the denture suggestion.  Although great for creating / rebuilding plastic, unfortunately it doesn't act as an adhesive therefore had to use along with super glue.

Any additional suggestions or ideas given the above would certainly be appreciated.