Help with watching Netflix on the Virtual Desktop.

I'm having trouble figuring out how to watch Netflix on the virtual desktop app. I keep having a black screen when I go to play videos. If anyone could give me a simple step by step guide I'd appreciate it. Thanks in advance.
0 Kudos
Share
Reply
18 REPLIES 18

Hmm. That shouldn't happen, but it may be because of DRM in Netflix. Can you watch other sites(e.g. Youtube) successfully? I don't have a Netflix account to try, but Youtube and other sites work fine on VD, as well as videos in VLC or Tridef.

I would venture a guess it's DRM related then. It probably thinks you are trying to record the stream or capture it in some way. I can't be sure as I don't have Netflix as I said. But hopefully someone who does can confirm or deny.

I assume the video works fine on normal monitor?

Yeah, I'm definitely betting it's some DRM to prevent you from recording Netflix streams and distributing them. It's likely thinking the way VD captures the desktop to project into your Rift is an attempt to record. I'm almost certain that's the case.

If it is, you may be out of luck. Have you tried starting the video outside of Rift and VD, and once it's playing launching VD? That probably won't work either, but it's a thought. 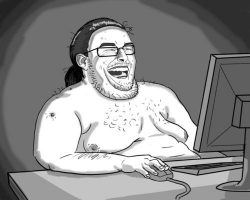 I was able to watch Netflix with Virtual Desktop.

The problem is the resolution was so poor it was pointless..

Watching Netflix through Virtual Desktop works fine for everyone I know who tried it.

I doubt it's DRM, I'd check video drivers first and make sure you are in cinema mode second.

Not a Rift fanboi. Not a Vive fanboi. I'm a VR fanboi. Get it straight.
0 Kudos
Share
Reply

Everything is up to date. I tried watching it windowed. Exactly what do you mean by cinema mode? Thanks everyone.
0 Kudos
Share
Reply