Oculus Rift Crash and PC reboot after few seconds in every software, including Home and Tutorial 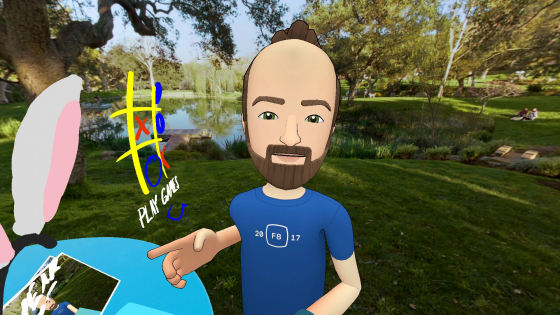 Hi Everyone 🙂 ,
I'm an Oculus user since June 2016. Everything work fine for a year, then, since June 2017, my Oculus Rift start to Crash and make PC reboot.
I tried to reinstall everything, I tried to a clean install of windows with only oculus installed (and of course graphic card drivers up to date).
When I put the HMD, I see the software for a few second, then everything goes black and the computer is rebooting. :s
It happened everytime, I can't even see Home Hub. I can launch an application from the windows window, but It also crashed. the only app that doesn't crash at launch is Quill. When I quit Quill I have to quicky remove the HMD in order to avoid returning to Home and have a crash...

If someone had the same problem or any solution, that will be very welcome.
I'm using Oculus Rift in research project for my PHD and getting some dangerous delay...

I have the same config since the beginnig, I don't understand why it worked perfectly fine for a year and then everything goes wrong

Make sure Windows Update is fully up to to date. Then download all of these (run in this order):
https://forums.oculus.com/community/discussion/comment/552194/#Comment_552194
Windows should come with DirectX now, but maybe you can run this to be safe.
https://www.microsoft.com/en-us/download/details.aspx?id=35
Then install this:
https://www.microsoft.com/en-us/download/details.aspx?id=55170&desc=dotnet47

Firstly, check for any changes made to your PC or software during last month or so(new hardware installed, driver updates, windows updates, new application being installed etc). It can be unrelated but might somehow disturb the balance of your PC infrastructure.

Secondly, try to see if you can find another PC to test your HMD on. It's always a good way to see if the error is specific to one particular PC or if HMD behaves the same way everywhere(likely an actual HMD hardware fault).

I also advise you to open a support ticket as this is likely something a qualified support personnel should be looking into.

I am having the same issue as this. Did there ever come a solution to the problem? been trying everything at this point it seems...
0 Kudos
Share
Reply

Clemens87 said:
I am having the same issue as this. Did there ever come a solution to the problem? been trying everything at this point it seems...

OP never replied but I suppose as he's not asking for help any more, his issue might've been resolved. As for the cause, there was another thread with a similarly-looking issue which ended up being an underpowered power supply. Check your PSU, if it's below 500 watts you might have to get a more powerful one as between CPU, GPU and oculus headset itself, power consumption while running VR is quite high.

I'm having the same issue as well. I have a ticket in and have been going through the motions with no success. Oculus was working fine for several months and then just up and started black screen crashing my computer to a hard crash reboot whenever I try to initiate the headset. None of the solutions that support gave me have worked and now I'm waiting until after Columbus day to hear a reply back after dealing with this issue for about a week.
1 Kudo
Share
Reply

Greetings from Brazil.
I'm going through this problem too,
It's not HDM hardware issues, this I'm sure because I bought a couple of them,
When this problem started with me, in January 2018, I replaced with a new HDM to check if the error would correct, but the problem continued. And I've tried several things, reinstall the drivers for the video card, reinstall the oculus application, change the computer's memories, etc, and nothing solved. I remember that, before this problem appeared, Microsoft Windows installed some automatic updates, but I do not think that's the problem, but I'm not sure either.
I can start the oculus application normally, but if I put the HDM in the head, the computer crash. A few days ago the PC crashs after a few minutes or seconds of use, now it crashs the same times I put the HDM in the head.
I have been using it for more than 1 year and I have never had problems, if someone finds out what it is, let me know.
I Use the same system as usual and did not add any hardware.
I have windows 10 64bit, i5, 8mb ram and gtx970.
0 Kudos
Share
Reply

I will tell you how exactly this problem happened to me and after a few days I discovered the solution, in my case.
It was not a hardware defect or a software defect. The problem with me was a short circuit in the IDE power cable which is plugged into the power supply to power the video card. Probably a poor quality cable, as pictured.

After a while it started to smoke and smell burned, but only in the cable, did not affect the video card or the power supply, luckily. For warranty, I changed the adapter cable to another connecting it to 2 IDE outputs, so it is more reliable, as shown in the other photo attached.

For those who had a similar problem, I'm showing you one of the possibilities. In my case, when I put the HMD in my head, it did not crash the PC completely, only the video was dark, but it was possible to close a windows, the blinds with "Alt + F4". After the cable was replaced, I never had a problem again.
Greetings from Brazil.
1 Kudo
Share
Reply