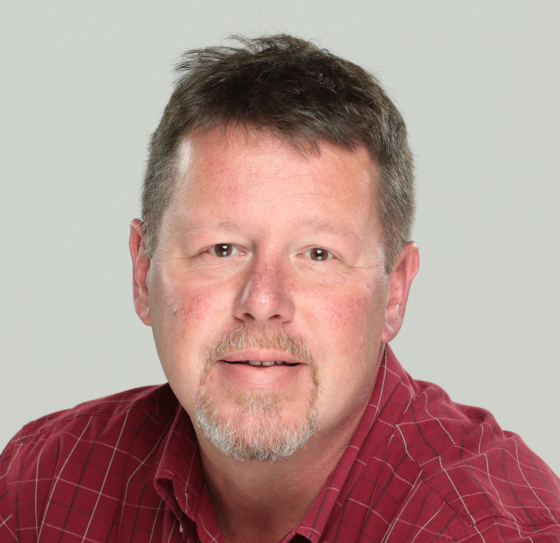 Using a computer web-browser, Not The App, go to the Oculus website and login with the inncorrect account.

Make sure this is the Oculus account YOU DO NOT WANT, because you are going to delete that account:
Go to Profile, Privacy Center, Delete Your Oculus Data

You will be brought to the Facebook site to complete the deletion.

Sure does, still waiting on mine. Really wished this forum solution would of just worked....
0 Kudos
Share
Reply

Found out that all my tickets that I sent for the past 4 days all got closed and one left as 'awaiting for reply'.
Be sure to check your ticket statuses!!
https://tickets.oculusvr.com/hc/en-us
Ignore the announcement link, focus on the top right buttons.

I have found out a temporary solution for users that want to link an 'oculus account' to the Quest 2 for the time being while support still works out on trying to fix my facebook to the CORRECT oculus account merge. Been waiting over 4 days, technically 6 since day of purchase of my Quest 2.

1. If you already linked your correct oculus account to your facebook account, you already are too late and won't be able to get that oculus standalone back.
2. If you accidently setup your Quest 2 with a new oculus account instead of the one in which you bought games in a different oculus account already, this will help for you to setup until you are able to correctly link/merge the right facebook to oculus account from Oculus Support since they're busy with 'high ticket volume' supposedly.


Android,
Uninstall the Oculus app,
Find the Oculus app from another site such as apk.. mirror [site] with this specific version,
v36.0.0.5.242.apk,
Open the Oculus app,
Login with your Oculus account, and pretend that you're adding a 'Quest' headset, keep going in the app until you see it with a button popup saying 'try again' or that you're on the stage where the app says it is 'unable to connect to the headset', then leave your phone to the side
Factory reset your Quest 2, you'll find this in internet by holding power and a combination of vol up/down,
Setup the Quest 2 to connect to WiFi and reboot,
You should notice that after rebooting, in the headset, it says it's already paired and is setting up, click try again once on your phone and then go back into the headset.
You're done! You're in your headset with just your Oculus account.

Someone else has stated that while you're in the Oculus app and see your headset, OPEN MORE OPTIONS AND TURN ON DEVELOPER MODE RIGHT AWAY, someone else said the Quest 2 won't start up normally at random if this wasn't enabled and would have to factory reset and start over again.

Feel free to uninstall the Oculus app on the phone and redownload the latest version.
There will be some issues that you may not see your Oculus appear in the list of devices in your Oculus app for features such as CastTo/From, but at least you can finally view the Oculus Library of purchased games you've bought for once.....


You should now be logged in with your Oculus account on the headset. Some facebook features are unavailable and multiplayer might be iffy but I can finally play games that I've been wanting to try out on how it would work in the Quest 2 without waiting for the horrendously slow and 'high ticket volume' support and the weird idea that Facebook believes they can link a facebook to an oculus account with such strength without counting for mistakes.

Now to wait for this hideous support speed and wait till I can actually merge my account to facebook instead of getting some fat 'WOOPS' on the Oculus website because I clicked 'delete' on the 'new oculus account' I've made because of this discussion/topic thinking I could get it to merge myself.

and while I update with a bold message, I even find out a youtube video explaining it...
youtube.com/watch?v=5cyijb  -  7CJZU   , remove the -

Edit 2: Don't click purchase on things in the headset while your quest is on an oculus account. Although it'll let you buy it, you could buy two things accidently even though you already own it. Prefered to either buy through the app or on the Oculus PC program than in the headset. My Quest 2 keeps complaining that I'm playing a game I didn't pay for even though it's in my purchase history. Bought it for safe measures and now I have two of one??

YaelHickmore said:
Tried that hippystuff1 - still didnt work, but have finally heard back from Oculus who say that I have to give it another 7 days before the wrong oculus account is fully deleted, then I should be able to merge the two accounts I do want to keep. I'm slightly sceptical but keeping everything firmly crossed!

Almost a month on, several requests for help back and forth with Oculus - and I seem to have finally got it working this evening.

Might be worth a go for anyone in the same situation as I was. My oculus account was fine - but every time I tried to link it to my facebook account it insisted that my facebook account was linked to a different oculus account. I found that there was indeed a different oculus account, no idea where it came from and it had nothing on it, but it was the same email addy as the google play account I downloaded the app on.. Reset the password on that and deleted that account three weeks ago now - oculus keep saying that once that is gone I should be able to link the accounts. I tried again this evening - still no luck, deleted data/cache, uninstalled apps, reinstalled all - still no luck.

Went to the quest - tried to log in - still saying my account was linked to a different oculus account - BUT - then I installed and opened the 'facebook watch' app on the oculus. Hit the login button - it suggested that I login to facebook there - filled in my details - it bounced to a web page, let me log in - and I have since been able to accept friend requests and the pc and phone apps both say I am now connected to the right facebook account.

Note - I was not warned about merging that accounts at all - but was informed by a notification in the apps that the two were now connected. It also let me send chat messages via the social bit. No time to play tonight, but will get on tomorrow and see if both quests can now see each other properly.
0 Kudos
Share
Reply

I've got this same issue, reached out to support but they have advised they can't unmerge an account once it's merged. The fact that there used to be a solution to this problem and now it doesn't work is very frustrating. Oculus support even advised that I can't login to the "wrong" account in the meantime, just so I can have a go playing with it. I'm currently waiting on them to respond to my support ticket, but I've essentially purchased a device I can't use due to the facebook requirements. I've got some tech media contacts that I'll try reaching out to if this goes on for too long, this should be a simple problem for Oculus to fix.
0 Kudos
Share
Reply

Going through same pains as most of you .What is fantastic is the absolute disregard (don't give a ****) of the OC support staff. Clearly they are numb from the pains this poorly executed process. It is absolutely baffling that a tech company can fubar something as simple as merging 2 accounts. Meanwhile: I have no app purchases from Samung OC account days and I can't see a Black Friday purchase day either. I have no apps and no credits. Complete disgrace...when there is money involved, I think I will go by way of BBB to get some attention..
0 Kudos
Share
Reply

Same issue for me and the support takes ages to respond. Why can't they just fix their system or allow us an alternative while it's not working correctly? It's a real disappointment. Don't force something that does not work.
0 Kudos
Share
Reply

They need to get rid of this need to link accounts to use the headset, it is ridiculous and should only ever have been an optional feature.  I just bought this yesterday and I can't even get an answer about whether I can even use my facebook account since I don't use my real last name on it vs my step father's last name. All thinks makes me think I should cancel my pending order and go get the new HP headset if it is out yet..
0 Kudos
Share
Reply