I made this thread at UE4 forums a few weeks ago, I get the feeling it's not being given enough attention by Epic staff so I'm cross posting here. (Apologies for the links embedded in code, the forum's anti spam filter is a little overzealous and won't let me post them as links)

I did some benchmarking which would imply that the issue is with Oculus Runtime 0.7.0.0 rather than the UE4 version - the problem is UE4 0.9.1 and up forces Runtime 0.7.0.0 so there's no way to run a test with all the necessary controls.

Here's another thread where people mention the same issues:

Here's a summary of quotes:

And I am also getting lower framerates with 4.9 in VR.

Yep, I also just recently noticed getting worse performance on UE4.9+Oc0.7.0. I have some scenes that were running fine before but now I have to turn off my one single shadow casting spotlight to get 75fps, when before the upgrade it was running fine. It is a simple scene with just some static meshes and simple shaders. Sames thing happened for some other scenes I had.

Sizable increase in frame time, not sure if 0.7 runtime or 4.9.1, just posting to raise awareness.

We've also seen the large VR performance drop with 4.9.1. Our framerates when using the Rift went from a solid 75fps to frequently under 50fps with no other changes other than updating to 4.9.1.

Adding to the people who are experiencing serious slowdown on the UE4.9.1 + Oc0.7.0 combo. 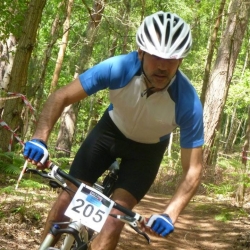 One question... does it run with good performance, the first time you run it after a reboot? Ever since 0.7, the second time a VR program is run, a mysterious service is started that consumes one of the CPU cores.

This is obviously bad and a blatant bug, but can go unnoticed. It totally ruins the experience on computers with fewer cores or games which rely on a lot of multithreading. I'm just wondering if this is the same bug. I'm not aware of any performance problems with 0.7 the first time it is run after a reboot.

Thanks for the reply scawen,

I and another poster ruled this out in the UE4 thread. I ran benchmarking after installs and reboots of both 0.7.0.0 and 0.6.0.1, as well as multiple nvidia drivers and the bad performance was consistent. It's possibly (and hopefully) related to the bug you mentioned, but it seems to be a problem even on first runs after reboot.
0 Kudos
Share
Reply

I'm having huge frame rate issues with ETS2 with the 0.7 runtime.

I'm not sure if its related, but I was running ETS2 pretty much maxed out with constant 75fps with the 0.6 runtime, with 0.7 runtime I get huge framedrops, even with very low settings.

I'm not sure if this is a problem with 0.7 runtime or the ETS2 devs did something with the game.
0 Kudos
Share
Reply