VR headset instead of Monitor 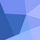 New and happy customer here ( Meta Quest 2 ), and as skimmed through some of the posts already here. Some ideas that def need reinforcing and hopefully implemented. Most are Software, but some Hardware ones in here~

VR headset now can eliminate the need of screens for PC almost perfectly, some kinks to be worked out.
-Option to Toggle between Full VR and Pass Through Mode within options ( this would help so it can be used as an Semi Augmented Reality Glasses in it's current form )
-Guardian Expansion ( say not just Simple Desks but say L shape Desk or more then one Desk handled )
-Keyboard and Mouse Tracking / Options for Tracking accessories

-Battery Capacity / Sufficient Charging through DATA Cable.
-Able to Boot up Windows ( or other OS ) using the VR headset as a Monitor for PC's ( or other Systems eventually )

An VR headset is cheaper then a large screen or TV, and if can be a device you can swap out directly make it even more competitive on the market, and quick a much higher demand, not just for entertainment at home, but work too possibly in a much more streamlined fashion.

Using a VR Headset also saved on energy bills, burns less electricity then a large screen do or even a smaller one and still allow the user have 100 inch super screens virtually ( If their PC can handle that that is )

So some Mouse / Keyboard designed for VR be nice to have too.

These VR's have potential, and we just started scratching the surface, and can do so much more!