My VR Journey 101 – So Many VR Ideas so Little Time 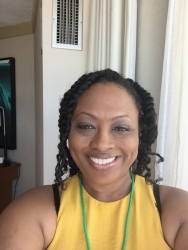 My immediate attraction to VR induced flashbacks to my days as a production manager working on music videos and commercials, and it’s where I hoped to begin my VR career, but I was all over the map – I wanted to create VR films, DJ sets, live shows, sporting events, concerts, meditation, architecture, construction, design, tours, education…

I finally decided to play to my strengths and narrow the field a bit to these areas: