Hey everyone - Just wanted to jump in here real quick and make a plug for the Oculus UserVoice channel. We recently added an Oculus Go section to the site to better collect and organize all the great feedback that is coming in. If you have an idea or feature request for Oculus Go, leaving it on our UserVoice page is a great way to make your voice heard. Just be sure to take a quick look to see if the idea has been previously submitted! Duplicate ideas result in split votes and make it harder for us to track what the true most requested features are. Thanks in advance and keep the awesome feedback coming!


Here are some suggestions for the devs if they need ideas for future software features:
-Download manager
I sometimes will have 4-5 things downloading at once but then change my mind after a few minutes and would like to pause the download, see whats been completed, or cancel all at once. Maybe look at STEAM for inspiration on how to do this.
-REMOVE POP UPS
or have a setting to change them. I was mid game of something and I died in game because the popup was covering the targets I was supposed to be hitting. Also I was watching startrek on netflix and a "download complete"  pop up would be stuck on the screen for what seemed like an eternity. Maybe voice to speach "Download Complete" or SOMETHING to remedy this annoying nag screen.
-Dashboard clock
IT would be nice to have a clock somewhere to bring up. If I'm cooking food or something and need to check if ten minutes have gone by or WHATEVER it would be cool to be able to see what time it is. Or to even keep track of the passage of time so I don't spend all fricking night on damn thing lol. BONUS REQUEST: A stop watch or timer. I say this becuase this is a pick up and play device, and if I'm doing laundry or something it would be cool to have something like this. SURE I could use my phone, but if I have my headphones in or something I won't notice, nor do I want to take the headset off to futz around with this.
-Quick Screen Off button
If I'm downloading a ton of stuff, I want to put the headset down. There should be a way to turn the display off but allow background downloading. I'm not sure if it is already doing this, because there is no download manager to keep track of whats going on. A "turn off rift after downloading and installing" mode (like PS3 does) would be cool too.
My weird 360/VR art channel
11 Kudos
Share
Reply
232 REPLIES 232 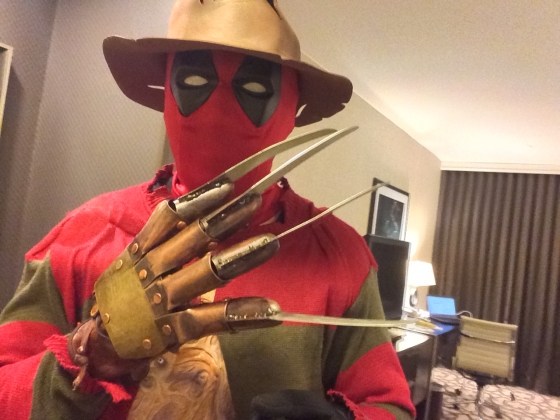 I LOVE the apatosaurus app! I never noticed it lists your space remaining. Thank you for that! I will have to go check that out when I put my Go on tonight. I forgot you can connect it to your computer for file management, though. That definitely is another way to review. Just wish there was better file management within the Go itself. But, that's something at least. Thank you.
0 Kudos
Share
Reply

Oh! Thought of another one by the way:

- Please bring the "Oculus Dream Deck" that was available on the Oculus Rift onto the Go. I LOVED that app. I also would love it if they added more experiences to it. Since I have a Rift I can still use it, but it would be nice to be able to use it on the Oculus Go as well. It was definitely one of the best looking VR apps.
0 Kudos
Share
Reply

StayPuft83 said:
I LOVE the apatosaurus app! I never noticed it lists your space remaining. Thank you for that! I will have to go check that out when I put my Go on tonight.

I can't remember if it lists the space remaining once you download the data??  I know it showed it when I first installed it.
But I had removed it after i used it a few times.  Then when I realized it was the only easy way to see space, I reinstalled it, but haven't downloaded the data.
It is on the main screen at the very bottom,
0 Kudos
Share
Reply

Just pair it with your mobile phone and use the memory card in that. It is super easy. I watched a video straight off my phone yesterday.

Can you pl explain how you watched a video off your phone? Yes I would like to know as well. 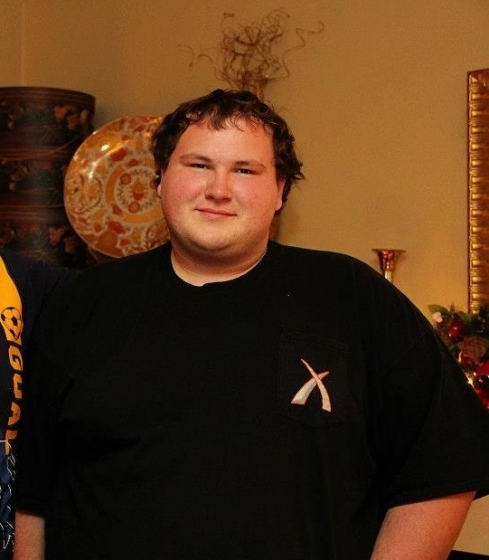 Something that could be changed is that when you go into the gallery to view any pics or vids you have on the device, it goes straight to the all tab instead of the separate folders forcing the device to have to load everything. I think it would be more efficient to have it load the folders first then go into the section you want to view. The way it is now if you have a thousand pics on there and you just want to view the one vid you have then you need to wait for the pics to load then jump to the folders tab and into the vid. If it opened on the folders tab though it just needs to load the two folders then you jump into what you want.

Oculus Video should partner with Movies Anywhere, thus enabling us to link to our movie libraries.
0 Kudos
Share
Reply

Another simple one... but I'd like options for changing your Oculus profile pic from the phone app, the Oculus web site, and from within the Go itself. I've checked all three of those and cannot seem to find anywhere to change it. Here I'm not talking about your avatar (the person you can make look relatively like you that other people see in social apps).

I'm talking about the profile pic. I guess you must have been able to change it from within the Oculus Rift (or maybe the PC app), but I have been having issues with the gaming PC I originally bought for the Rift and haven't been able to figure that out so far. Luckily I happen to like the profile pic I used in it just fine... it's just I wanted to change it to a new pic.

Just pair it with your mobile phone and use the memory card in that. It is super easy. I watched a video straight off my phone yesterday.

Can you pl explain how you watched a video off your phone? Yes I would like to know as well.

I've used my Plex server for in home streaming using Pigasus (DLNA).  I haven't used it for external tho.  My Plex isn't setup for external access, so not sure if that works.

Suggestion for Oculus app  (I have the iPhone app) - ability to connect to only known Wifi networks. Right now it connects to any available Wifi network that does not need a password.
0 Kudos
Share
Reply