Oculus Medium is taking a long time to load... Solved 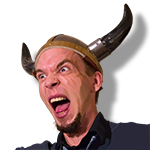 This morning I set up to do a bit of sculpting in Oculus Medium. Started up some music, put on my headset, and fired off Oculus Medium. Only instead of loading quickly like normal, I got the message, "Oculus Medium is taking a long time to load. If this problem persists please take off your headset and check this app on your computer."

I let it go for a while and the message just stayed there. The first time it eventually loaded up, but then when I went to load up a sculpt I've been working on, I noticed there was no preview tile for the sculpt (and most of the rest of the sculpt files either). I clicked on the sculpt I wanted to work on anyway and it gave me the little dancing Medium logo but did not actually load. After a bit I decided to quit to home, but that failed to work as well. So I took off the headset, went to task manager, and shut Oculus Medium down. I tried starting it back up again, but all I got was the "taking a long time to load" message.

I closed out Oculus Home and got a warning message, "Closing the Oculus app will also any apps you're running in VR. You can't use your headset unless Oculus is open." I clicked "okay" and then Oculus Home closed. I put the headset back on to try it again and it came up directly to a screen saying Oculus Medium was trying to load and then gave me the "taking a long time to load" message again.

So... I'm at a loss as to what I should do next to get Medium up and running.
0 Kudos
Share
Reply
4 REPLIES 4

I've heard mention in other help threads about a log file for Oculus Medium or something along those lines. Does someone happen to know where I might find the log file for Medium so I can at least take a look at it and see if there is something obvious that I could fix so I can get back to sculpting?
0 Kudos
Share
Reply

Currently trying to see if I can somewhat re-set everything for Medium by uninstalling and then deleting the entire Documents\Medium folder (I backed up my sculpts first). Going to see if that solves the issue.
0 Kudos
Share
Reply

I have no idea what exactly went wrong there, but it appears to be functioning just fine now.
1 Kudo
Share
Reply

If you folks at Oculus want to take a look at any of the files from my Medium documents folder for testing research purposes, please let me know. I have those files and can send them to you.
0 Kudos
Share
Reply