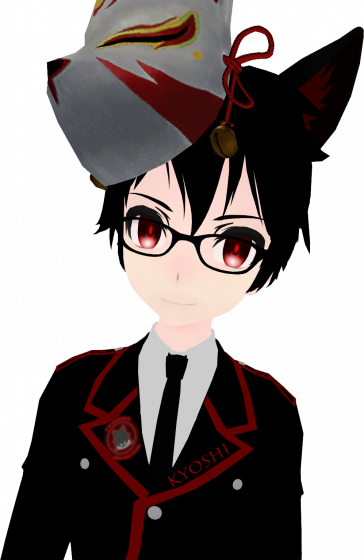 Alright, I'm aware of the Rift S black screen issues but this is the first time it happened to me, but not exactly in the way I've heard it happen to others.
So I was on the Oculus PTC and had 1.39 installed, ever since I bought this unit back in May 25 it was working flawlessly except for the common static flash issue (which I have already submitted a ticket for.) 1.39 worked for me and I was really happy with the tracking of it, but recently after I put my headset on, around 30 or so minutes later while playing the screen would shut down and I'd look at my monitor and the Oculus Software has closed and is restarting on its own. It's weird, I don't think it's a hardware issue as that wouldn't cause the Software to force close and restart.. Shouldn't it give me a message like "Display port not working" or "USB Device not recognized"? My Rift S is still Green checks and my controllers are all full batteries, no error message occurs when this happens.
I tried the following troubleshooting steps:
1) Unplugged the headset from both PC side and HMD side, USB 3.0 first then waiting for 5-10 seconds until plugging into the Displayport.
2 ) I opted out of PTC and reinstalled 1.38 and rebooted my PC, I also opted out of the Steam VR Beta. I also tried plugging it into another USB 3.0 port and it worked for 3 hours until the headset tracking stopped (static image while moving my head) and the display shut down again, with the Oculus Software restarting itself again.

Repairing Oculus Software didn't fix it but I was able to replicate the problem 100% of the time.
So I play in a dark room with a lit lamp, it has worked for me ever since the Rift S launched. While testing out the Rift S again, I looked at a corner of my room with no light on it and my Rift S stopped tracking (expected) and it also crashed the software, turning off my display. I tried playing with the room light ON and there was no crashes wherever I look. I turned the lights off again and just used the lamp and it KEEPS crashing when looking at that one corner in my room with no lights. I'm pretty sure it's a software issue at this point. I have cleaned the Camera lenses and everything else. The last resort I'm currently doing right now is deleting every single Oculus file and folder in Safe Mode and uninstalling the software itself.

I don't know if anyone else experienced this issue on their Rift S, but it's really weird that it would start doing this all of a sudden when it worked perfectly literally a few hours before the issue started appearing. No visible damage or warping on the cable, and tugging on the cable doesn't cause the black screen to happen so I don't think it's loose. The 1.39 update also worked flawlessly up until this point so I don't think there was any changes to the Oculus Software itself either..
1 Kudo
Share
Reply
5 REPLIES 5

I have also experienced this issue although, if I open the oculus shortcut then minimise it I can play certain vr games on steam vr. However, if I play any game from the oculus home it will blackout and certain games from steam will blackout.
0 Kudos
Share
Reply

Worked great for me.  I still get glitches once in a while but at least a simple restart solves it now.
0 Kudos
Share
Reply

Got it, although your method did not do the trick but thanks for the help anyways. The antivirsus software (Bullguard) installed on my pc has a “game booster” feature that directs resources from other programs to the current game been played. However, this feature was removing resources from the Oculus software to improve gameplay causing Oculus to crash. Turning this feature off resolved the issues I was experiencing.
1 Kudo
Share
Reply

IISMITTYII said:
Got it, although your method did not do the trick but thanks for the help anyways. The antivirsus software (Bullguard) installed on my pc has a “game booster” feature that directs resources from other programs to the current game been played. However, this feature was removing resources from the Oculus software to improve gameplay causing Oculus to crash. Turning this feature off resolved the issues I was experiencing.

sorry to hear it didn't work for you but glad to hear you got it sorted!!
0 Kudos
Share
Reply

Didn't think my post would get traction after a few months, but I was able to fix it a few months ago, around a week or so after this post.

I did several hours of testing in different games and my Rift S doesn't crash and black screen anymore, even when looking at the dark corner in my room. (I also covered the headset with a blanket to simulate losing tracking and it is working as expected, turning into 3DoF mode.)

I don't know what fixed it, but what I did was boot into Safe Mode and uninstalled my Oculus Software alongside deleting every "Oculus" folder in Documents, AppData, and anywhere else. I also cleared the registry keys using CCleaner. I reinstalled the software and after I did, Windows 10 had 3 new updates for me (2 Cumulative updates and 1 Definition update for Defender). I installed all Windows 10 updates that were pending, went through Rift S setup again (My settings were changed back to Default, such as Guardian and IPD), and the Rift S hasn't crashed yet after several play sessions and plug/unplugs.