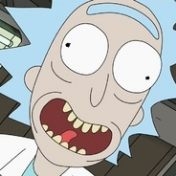 Not sure how many fans of this wide-reaching genre there are here. But I
was hoping to discuss the genre and the possibilities that VR has for
it.

My first experience with the genre was System Shock and
Cybermage: Darklight Awakening. Now to a degree these are both very basic
games by today's standards and Cybermage is less immersive sim and more
of a proto narrative driven shooter. But they did establish the genre's
roots - and you can see certain retained aspects in both that led to where the genre is now.

For me the tenants of what makes an immersive sim experience are:

- any puzzles / challenges can be solved multiple ways
The best kind allow solutions that are outside the scope of the developer and are completely the result of the player interacting with the game systems.

- environmental story telling
I understand the importance of cut scenes in games - but there is something about the organic nature of storytelling that can be told in games. I mentioned Cybermage earlier - but Half-life and System Shock 2 were key games in pushing this type of narration forward. Instead of abstract corridors with vague resemblance to real world spaces they presented logical level design (to a degree).

- emergent gameplay
If you make a mistake in game, it is not game over. Your interactions with the various game systems and their interactions together will mean that most experiences will be different from player to player even if they are playing the same scenario.

I have seen some of these make there way into many games outside of the immersive sim genre - and there was a resurgence of true immersive sims over the last few years with the DX series rebooting, Dishonoured, and Prey heading up the mainstream and even a few really good gems like Consortium coming out in the indie market.

After playing Doom BFG VR - a game whose source game (Doom3) had taken much inspiration from System Shock 2 - I am excited at the prospect of a true VR immersive sim. While I see a benefit to the more arcade style offerings in the store now - in that they are easy to pickup and play. I would really love to see an immersive sim designed from the ground up for VR - where your decisions and interactions with the game world impact narrative structure and make for markedly different experiences.

Anybody else a fan of the genre? What's your favourite game in the genre? Would you like to see a VR immersive sim?

Check out my band at http://theheavyjack3.bandcamp.com/ - our entire discography has been released for free download.

Hi SimonSays28, just found your thread via Google. I'm currently working on a VR game I'm hoping to bring up to the tennants of Immersive Sim.

I'm very much a fan of the genre, with Arx Fatalis especially being a guide for me as I build my game. I'm in Oculus Start at the moment aiming for a Quest release. But of course this is far way for now.
Twitter: @fusedotcore
0 Kudos
Share
Reply