Lost all respect for Zuckerberg and Oculus

So, apparently Mark Zuckerberg is officially supporting Hillary Clinton, the sociopath criminal and liar. The FBI is issuing immunities to all of her underlings as of late. And Mark encourages Facebook employees to vote for Hillary Clinton, democrats. Apparently if you don't, then your job safety is in question. This is the literal definition of being tyrannical.
So I understand it this way, that facebook, thus Oculus, is supporting a sociopath criminal into office.

So, it's quite nuts that America has devolved to this level.

In my country you can advertise all you want your political affiliations without any consequences. Nobody cares. You might get a nice conversation at the dinner table, but the way people are flaming in America it's incomprehensible, it's like war, a civil war.

Lovely speech @cybernettr now try answering the question, what is the belief system of the Church? Do you have any real information to share, or just trolling? I'm cool with just trolling.

You had to Google it? LOL

there is something to this

i put on my rift today and was under a sudden urge to vote for Hillary Trump, where do i sign up??

Look, man. I only need to know one thing: where they are.
0 Kudos
Share
Reply

vannagirl said:
there is something to this

i put on my rift today and was under a sudden urge to vote for Hillary Trump, where do i sign up?? 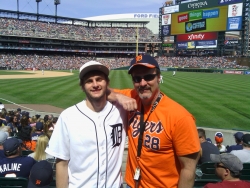 I think this thread was a sarcastic response to the Palmer Lucky one. But still another argument ensued. None of this has anything to do with VR Gaming, so let's all just relax and move on.

Nothing to see here folks, now back to the gaming!
1 Kudo
Share
Reply

Why are we getting involved let them all be stupid, lets not join the stupid parade

Lol :smiley:
Good one, EarlGrey. I laughed when I saw it. (the thread topic, not the content, nothing funny there, only sad truth)

Not an Oculus hater, but not a fan anymore. Still lots of respect for the team-Carmack, Abrash. Oculus is driven by big corporation principles now. That brings painful effects already, more to come in the future. This is not the Oculus I once cheered for.
0 Kudos
Share
Reply