Hi all! New to these forums and pretty new to VR in general. I'm playing Anshar Wars 2 on Gear VR with the S7 Edge and I'm having issues with Mission 11. This is the one where you have lots of turrets you can mount and you basically have to defend a large ship against incoming waves of bombers (that come through multiple gates that open up).

No matter how fast I destroy the gates and then the bombers, or vice versa, I can't find a way to pass the third wave as there are too many bombers, which are too strong and end up destroying the ship I'm protecting. Is there a way to recharge the ship's shield (the one I'm protecting)? I don't know what else to try, hahaha. Thanks for any tips! :smile:
0 Kudos
Share
Reply
2 REPLIES 2 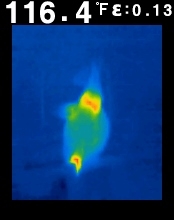 unfortunately i don't have any major pointers, all i did was take out the gates then the bombers. took a few tries but i did get through.

i tried to kill bombers fast as possible saving my missiles for the ones as they got near the ship. usually a lot of laser shots one missile and a few more shots and on to the next.
0 Kudos
Share
Reply

All I can say is missiles, missiles, missiles. In all the previous levels I didn't use missiles much in the previous levels because the fighters are so easy to kill with blasters. However in this level missiles are essential. As soon as you can lock a portal, fire two missiles and hold down your blasters on it. It will be destroyed in seconds. Use missiles on the bombers. The bombers tend to drop missiles when you use missiles on them. They are heavily armored/shielded so it will take one missile and some blasters to destroy them. If you use just blasters, it will take too long and you won't wipe out the wave fast enough. Ignore the fighters unless they are coming at you while and you can get them quickly. In this mission they are like gnats, they are just there to be annoying and get your attention off the portals and bombers. Ignore the voice telling you to destroy them to get missile drops. The fighters never drop anything in this mission. Also leave the turrets alone. They are fun, but it takes too long too destroy stuff. Missiles are your friend and they don't have them. When the artillery ship shows up get behind it and fire all your missiles at it and hold your blasters on it. You'll hear a beep beep when it fires a missile at you, so roll to the side when you hear the sound to dodge it. As long as you are firing at it it will fire at you instead of the Deliverance. sometimes a portal will spawn directly below the station, so if you can't see one but  bombers keep coming check there for a portal.  Hope that helps.
0 Kudos
Share
Reply