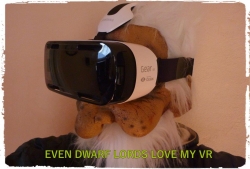 Still confused whether to update Note 4 from Kit Kat 4.4.4 to Lollipop. I don't want VR troubles.

There are pro and cons depending on what apps you want to use.

"cybereality" wrote:
There are pro and cons depending on what apps you want to use.

If everything seems to be working for you, I'd say don't change anything.

I've been on board since day one so I have A LOT of apps/experiences/games etc...I would like the majority of them to work at full capacity. I DO wonder what Kurios would be like when not a rankin/Bass stop motion special.
0 Kudos
Share
Reply

My new bought Gear VR isn't detecting the Note at all.

Is this due issues with Lollipop 5.1.1 or otherwise?

I put the minu USB well in and the phone is not muted/lockscreen.

Hope someone can help me out?
Thanks!
0 Kudos
Share
Reply

I pusehd very hard, but cannot get it any further.

Maybe the connector of either the Note or the Gear vr is lose (broken)?

In my phone all the usb and loader connectors work well.
0 Kudos
Share
Reply

as a general rule, lollipop is about 70% as performant as kitkat was (at least regarding the gear VR), which is a pretty big deal since anything VR is pushing the phone to its limit. for me, lollipop overheats faster, graphics stutter more often and more randomly even long before heat becomes a problem, its just generally nowhere as good as it was before.

dont upgrade unless theres a specific software that wont run under kitkat, and even then, be aware that youre paying a very very high price just for one more app to be compatible, namely all other apps being more jitterish and touchy all of a sudden.

id downgrade in a heartbeat, just too busy at the moment to do so. even outside of the gear VR, lollipop has been a very clear step down for me. note 4 isnt nearly as stable and fluent as it was before. crazy that s***t like that still happens in 2015. google pulled a real windows ME on that one, and its not the first time either.
0 Kudos
Share
Reply