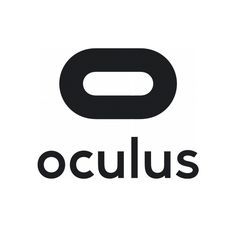 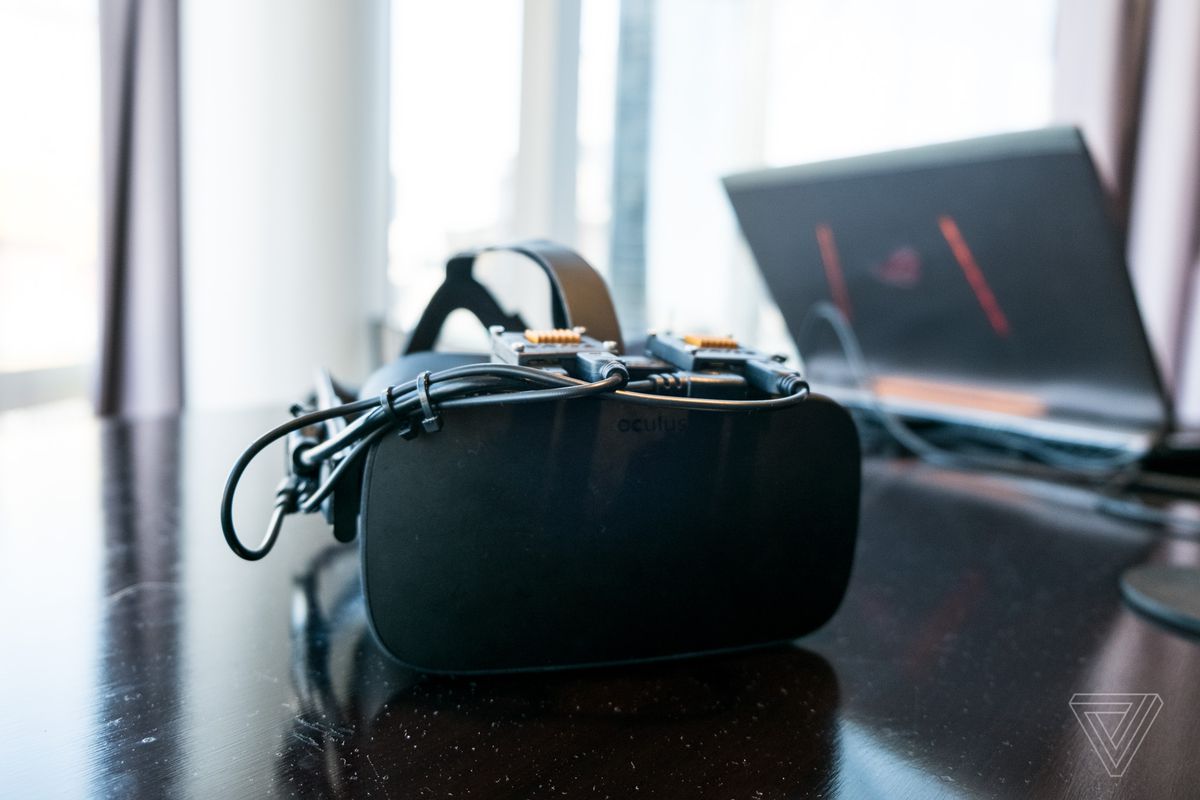 One of the biggest limitations of current virtual reality technology — whether you’re talking about Samsung’s mobile Gear VR or a full home system like the Oculus Rift — is resolution. And progress toward solving this problem is slow, because companies making VR headsets are at the mercy of advances in display technology.

A new company led by former Nokia and Microsoft product managers aims to slash that wait by using a clever crossing of existing hardware and carefully executed software. Today, they’re opening up for the first time about the company they’re building, called Varjo.

Urho Konttori, the CEO and co-founder of Varjo, used to work on flagship products like the Nokia N9, and Microsoft’s Lumia phones. Varjo’s imaging lead used to worked on camera technology for both Nokia and Intel. Another co-founder was once Nokia’s head of imaging. So it’s no surprise the first goal for Varjo is to make a physical product: a high-end headset capable of both virtual and augmented reality.

That might not sound unique when Facebook, Samsung, Google, and other giant technology companies are already working on VR and / or AR headsets. What will set Varjo’s version apart is how it will enable what the company is referring to as “human eye resolution” — what they say is some 70 times the clarity of current VR headsets. 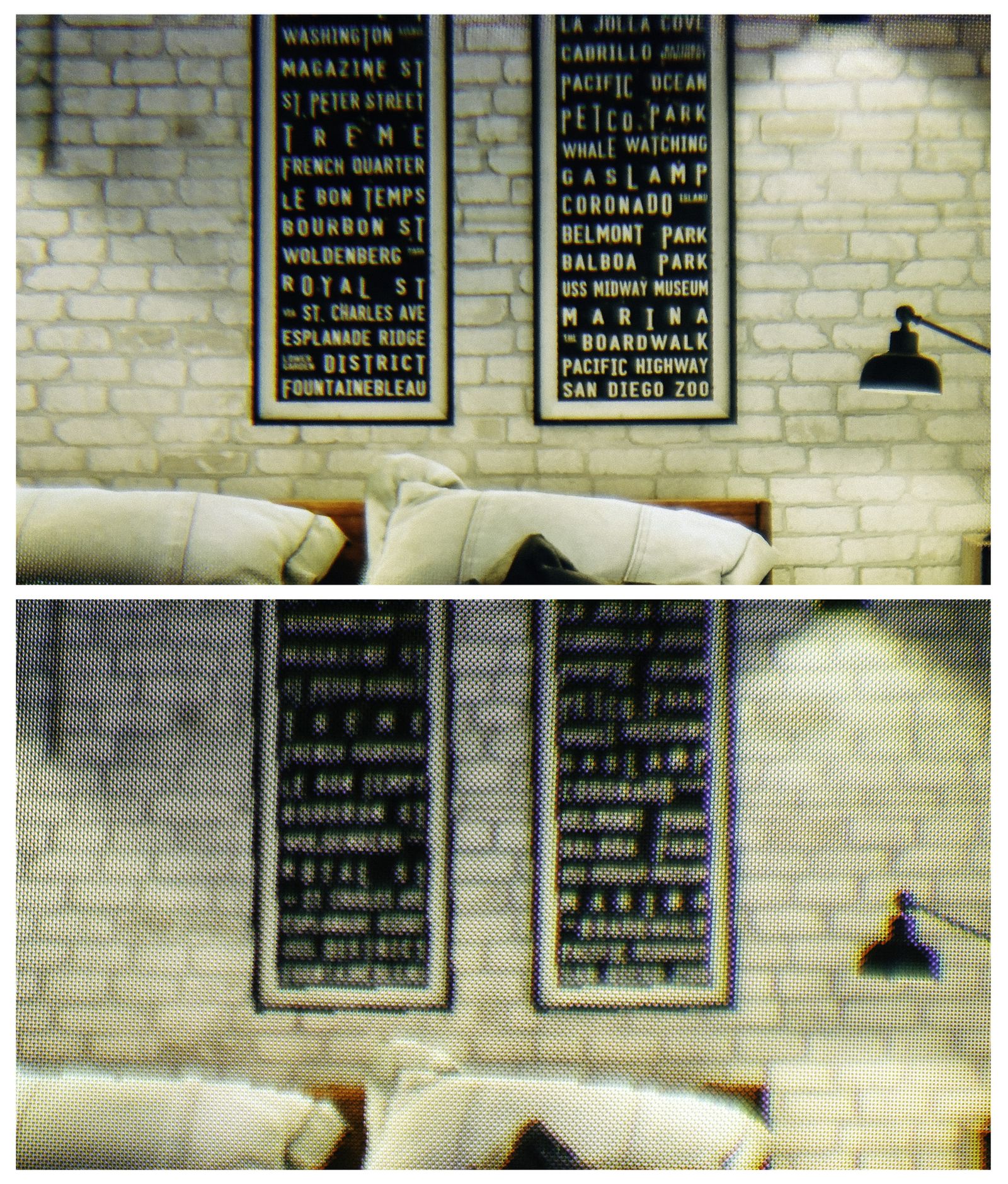 Above, a camera snapshot of the high-resolution display. Below, the same virtual scene as seen through a typical modern VR display.
Photo: Varjo

Varjo uses that phrase with two meanings in mind. For one thing, the company’s headset will offer resolution in the center of the screen that is good enough to hide individual pixels. But the headset’s display will also mimic how human vision works in general.

Smaller, high-density displays will occupy the center of your field of view in Varjo’s headset, and they’ll be surrounded by lower-resolution displays at the left and right edges. Similar to how your brain and your eyes filter out detail that’s outside your focus, the Varjo headset will use eye tracking and software to better render where you’re looking inside a virtual scene, creating the illusion that you’re always looking at a high-resolution display.

LOOKING THROUGH THE SMALL HIGH-RESOLUTION WINDOW WAS A RELIEF

Selectively rendering for where a person is looking in VR isn’t a completely new idea. But Varjo’s take is much more specific. And it will be asking a lot of the limited amount of tech that can fit inside a corded headset, even if Konttori says aiming the product at the highest end of the current VR market allows his team to use high-quality components.

Konttori says Varjo has a working prototype of the final headset, but he didn’t bring it to the US as he met with press outlets ahead of the company coming out of stealth mode. Instead, Varjo offered a demo that bridged the gap: the company retrofitted the current consumer version of the Oculus with two full-HD Sony microdisplays (one for each eye).

The result of this combination was that the center of my field of view in the headset (maybe about 15 percent of the screen real estate) was a rectangular window with crystal clarity, while the rest of what I saw in the periphery was the typical fuzzy “screen door” view of VR. 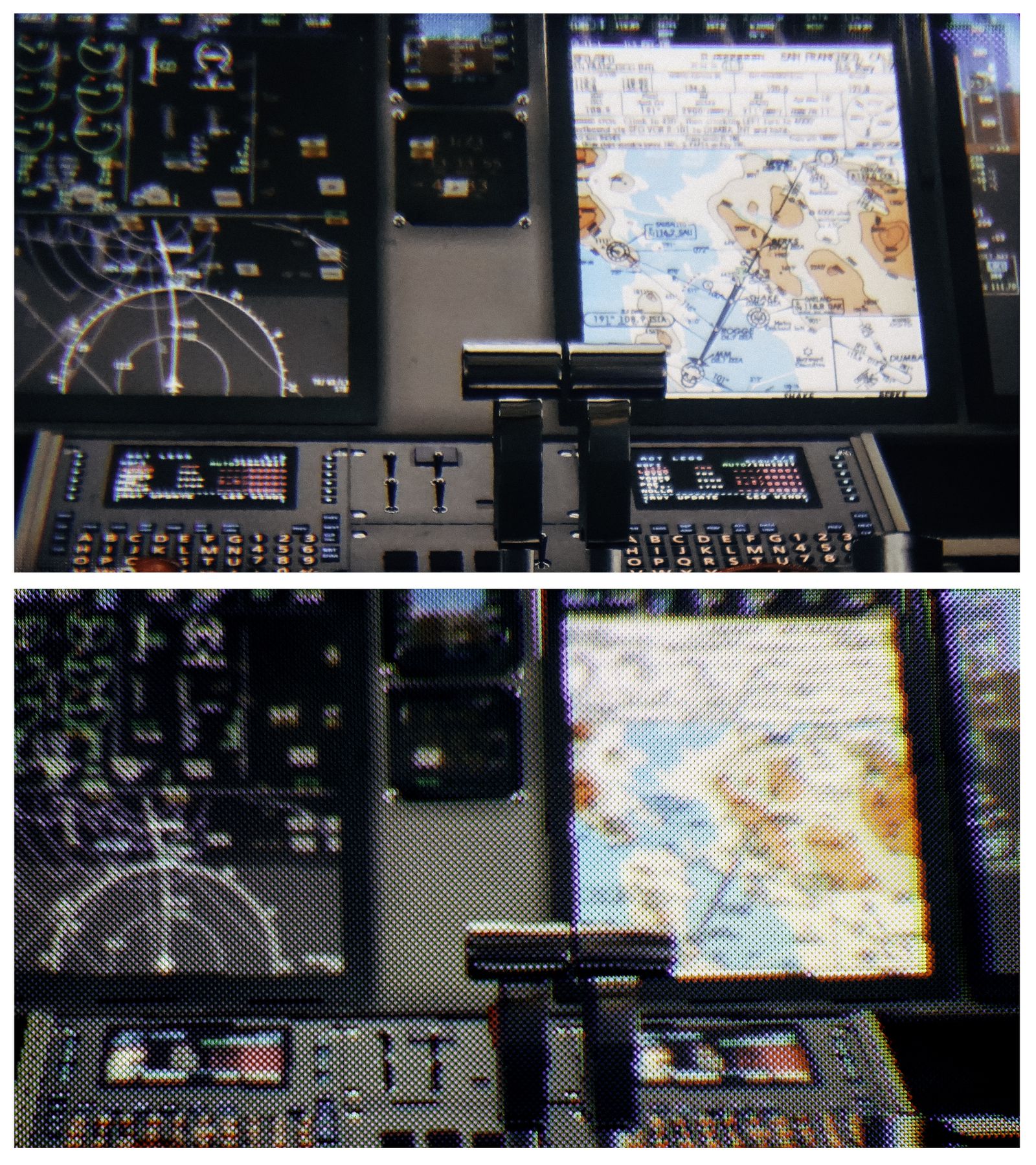 Above, a camera snapshot of the high-resolution display. Below, the same virtual scene as seen through a typical modern VR display.
Photo: Varjo

The most striking thing about the demo was how much detail is lost in the translation to the fuzzy modern VR headsets. Konttori ran me through a few different setups that illustrated this. The first was a virtual room with furniture, the second a VR desktop with floating windows, and the third was the cockpit and main cabin of a computer-generated private jet — all scenes that could be impressive demonstrations if it was your first time using VR. But these are rather dull if you’ve spent more than a few minutes with an Oculus or HTC Vive.

Looking at them through that window in the center gave each of these scenes new life. Textures that were obscured by the Oculus’ dual 1080 x 1200 displays could now be seen in more lifelike detail. I could read individual filenames in the folders on the virtual desktop. The cockpit of the plane was especially striking. Looking at it through the Oculus displays surrounding Varjo’s tech, I couldn’t understand any of the labels on the many knobs and switches at my virtual fingertips. Looking “through” those microdisplays, though, I was able to read all of them.

Even though this window of ultra clarity was small, it felt like a massive relief. I was able to resolve detail I thought I’d otherwise have to wait years to see in VR, and it didn’t strain my eyes as much, either. 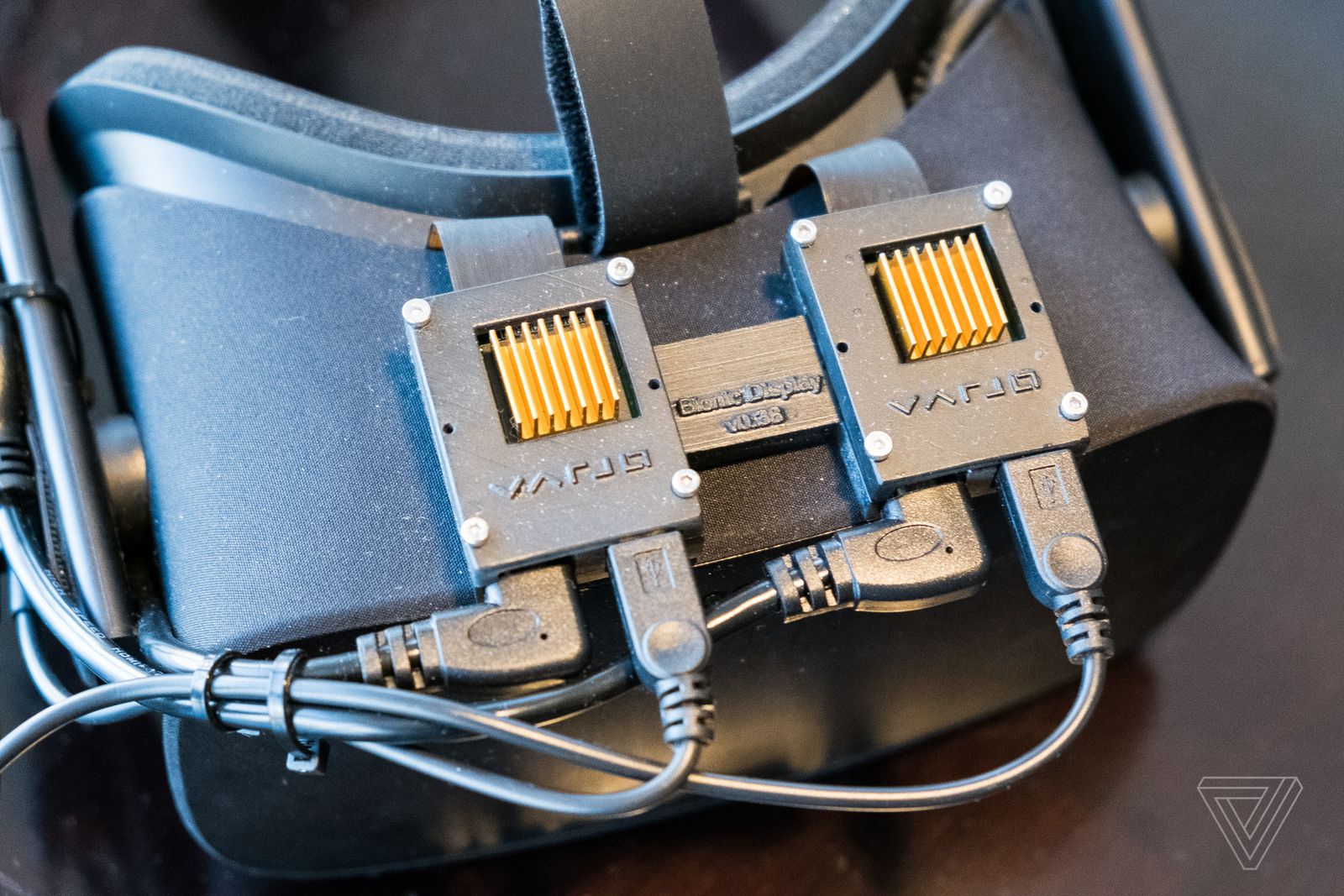 There were shortcomings, like the extra cabling, and an obvious boundary separating the microdisplay and the Oculus’ screens. The different screens also had competing frame rates, which created jitter at the seams where they met. Konttori says this won’t be a problem in the final version of the headset since the company will have full control over the display and the software that powers it. He also says that they’ll be able to more seamlessly blur the edges of where you’re focusing, again mimicking how human vision works.

The team plans to release an early version of the headset compatible with Steam VR to industry partners for free later this year. Then, in 2018, the company is planning a full consumer launch, where the headset will cost somewhere in the thousands of dollars. Konttori and his team are betting that professionals who are already using or thinking about VR — whether they’re architects, designers, or people who create VR experiences — will care enough about extremely high-resolution experiences that the price tag won’t scare them away.

The team wants the Varjo headset to handle AR at human eye resolution, too. But they don’t plan to build a see-through heads-up display like HoloLens or Google Glass. Rather, they want to use cameras on the face of the Varjo headset to re-create the outside world on the display. That’s a challenge in its own right, especially because of the limitations of mobile cameras. Konttori showed me a video of an early version of this tech working, but I wasn’t able to demo it.

In the meantime, Konttori said the company has bigger ambitions when it comes to VR, AR, and mixed reality. Resolution just happened to be the first big problem the team ran into as it started working. If Varjo can really carve out a niche within a niche for its high-end, high-resolution solution, then maybe it can tackle other problems. If not, someone will eventually create a high-resolution headset. It just might take a little longer.

Looks awesome until you reach "Thousands of dollars".  Oh well, not for most of us....

Excuse my bad english. I speak to you through the google translator. 😛
0 Kudos
Share
Reply

falken76 said:
Looks awesome until you reach "Thousands of dollars".  Oh well, not for most of us....

Yea .. and frankly the whole "designers/creators will be able to use it best" is kinda backwards. From a creation standpoint you care more about functionality than looks. You can verify that your game looks good by looking at it on PC outside of VR anyway, if you want to see it in VR then you should be looking at whatever screen your users will be seeing. Theres not much use as a creator developing for a high end VR system and setting up the graphics to be excellent in high resolution when your user base is going to be seeing it in low resolution anyway.

I think they just want to try and justify their costs, the reality is they should be looking at ways to cut those costs down before releasing. To be fair I think if its in the lower 1k mark (maybe $1200) it can still do ok and would probably be worth it. But if by thousand(s) they actually mean 2k+ .. then this thing is basically only for rich people with lots of expendable income.

Edit: I guess maybe the idea behind "creators" using it is the pretense that it WILL eventually get cheaper and become mainstream and therefore dev's who get in early can develop around that resolution being accessible in the future. If thats the case then it makes more sense, thats not exactly what the article was saying though.
0 Kudos
Share
Reply

For most of us it doesn't exist with its price. Its like seeing a beautiful woman in a strip club u can't have.

inovator said:
For most of us it doesn't exist with its price. Its like seeing a beautiful woman in a strip club u can't have.

LOL. Friend took me to one for my birthday a few days ago. I saw the most beautiful girl I have ever seen. I'm not exaggerating. She's too young for me -- 21 and way out of my league. So sad. Life is not fair. lol.

Oh any things possible at the Kitty Kat Lounge you just need a wad of 20$'s and a lack of morales my friend.

With the headset it would take a few mths to put away that type of cash but the headset would have to be able to do everything game wise that the CV1 does and of course be Rift compatable.
WAAAGH!
0 Kudos
Share
Reply

I bet cyber gets one
This is my forum signature.
There are many others like it, but this is mine.
0 Kudos
Share
Reply 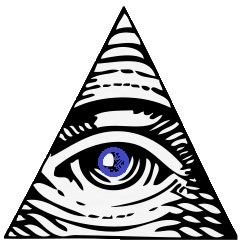 A stripper or one of these HMDs?
Any sufficiently advanced technology is indistinguishable from magic. - Arthur C Clarke
0 Kudos
Share
Reply