A Theory about "Presence" & Immersion

(I am still frantically expecting my Rift which HOPEFULLY will come tomorrow, but I came up with an interesting theory which I want to talk about here. I looked in the dev forum too but didn't really see an appropriate section so I post this here. Mind you, I could also be entirely wrong with my assessment/theory...but it's interesting nevertheless)

For me and I guess many would agree there, FOV (field of view) is everything. I know that comparing the FOV of different devices like the Rift and Vive etc. is a "can of worms" topic, so I simply leave it. Furthermore since I don't even HAVE my Rift yet I can of course not even make a meaningful statement in regards to FOV and whether I perceive it as "sufficient" or not)

Here is my theory:

Do you know some of the most impressive VR experiences", these experiences where people say "they left them in tears" etc. because they were so impressed? I am mentioning some that come to mind: Apollo 11 VR experience, and even that new Star Wars Rogue VR thing there which is not even 3D rendering but merely a 360 move, Elite Dangerous etc. just to name some.

What do they have in common?

They have in common that they are some type of SciFi game/experience that plays (mostly) in Space.
And Space is, well, mostly black.

Any such VR experience, and this would also include games or whatever which are happening "in the dark" would make it that the perceived FOV in the headset is perceived  as bigger, without the "diving mask" effect as pronounced. Since the borders in a VR headset are black. Well duh. And a wider perceived FOV adds to "presence" and immersion.

Yesterday I came across an interesting blog where "Microsoft Engineers" equipped a DK2 with LEDs inside, sort-of like Ambilight. (You know these LED lights which some folks have around their TVs). The guys surrounded the Rift lenses with LEDs, and also equipped the inside/sides of a Rift DK2 with LEDs. The result is that the "borders" of the Rift will have lights/colors as matching the VR content, ultimately creating sort-of a "fake" giant FOV, and also saying that it immensely adds to a perceived FOV (almost like real vision FOV) *and* also helps with motion sickness.

At first I thought this is silly. Because common sense says this is idiotic, the next logical step in VR would be larger screens with large field of view anyway so that one wouldn't need such a solution of a "pseudo fake" emulation of FOV.

But at second glance it appeared to me more genius the more I thought about it.

If, in real life, you look somewhere, what is outside your rather narrow focus in the middle, say, outside a 90 deg. field of vision, you don't really "see" anyway. You merely perceive vague, fuzzy shapes, no detail or whatsoever. And this is exactly what this "ambilight"-type solution did with the LEDs inside the Rift. It was not just "lights" or coloring the rift with one color. Absolutely not. Each Rift had 70 LEDs and the effect also was sort of like "undefined shapes" and colors/lights outside the field of view....pretty close to real vision, resulting in a giant perceived although "fake" FOV and more presence and immersion.

Point of my post here is that I *think* that FOV is extremely important, and there would be ways to increase a perceived FOV without the requirement for actually having to render content (Yes I know there are other things like FOVeated rendering etc. but this is not subject of this post). What say you? First, would you agree that "space games" would give you more presence and immersion...and would you agree that it's possible because it makes a limited FOV less pronounced? 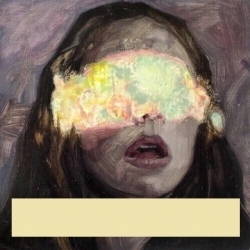 I think you're right. No one had told me the FoV was smaller than irl so I was quite disappointed when I put my Rift on and it felt like I was using horse blinders >.< although it was still an amazing experience as a whole.

Dark games definitely makes the fov seem bigger, or at least the 'edges' of your vision disappears so you're left unaware of what fov you're actually experiencing.

The problem with LED's in the corners of the rift is that it only works when you're looking straight ahead, because once you glance to the right you'd see the flashy colors of the LED's which would probably break immersion or be very annoying.
0 Kudos
Share
Reply

No one told you the FOV was smaller than IRL??

Did you buy your Rift in September? 😄
0 Kudos
Share
Reply

Yup, you could be right there, but even with games with daylight I personally don't think about the 'snorkel/ski mask' after a while if the game is engrossing enough.
0 Kudos
Share
Reply

@Calibos nope haha! I was a complete VR virgin and people only seemed to talk about god-rays and resolution at the time. I got my rift in June although idk what that has to do with anything  😮
0 Kudos
Share
Reply

I can put up with nearly any FOV and POV...

I think the way it tricks the mind because of the 360 movement is a factor in why it causes immersion. moving the head is like moving it IRL and also explains why nausea is, because of the ear pressure.
0 Kudos
Share
Reply

I first experienced this in around 2010 with my first 3DTV sitting right on my desk. It was 46" so it had a pretty big FOV, especially when i would sit up straight. It really left an impression. I was playing Metro 2033 and i was at a human station i think near the middle of the game and there were civilians gathered around a fireplace and it was pitch black in the area outside of the fireplace, i could see no texture detail and it just blew me away because i of course had my IPD calibrated in the Nvidia settings, and with a ruler and it just looked like real life. Totally blew me away. The was an LCD of course, although the shutter glasses do dim it, but i imagine OLED is much better.

Just my opinion but the problem with space games i see if that if you pause a space game during combat and examine your options, in most of them that i know of, its just "continue turning towards target and fire". If you pause Battlefield might have a tank coming up the road, 3 guys to the left, one guy to the right, you don't know if they heard you take out the guy dieing just behind you, you do or don't have equipment to deal with the tank, but you think you heard an APC too, so maybe stay hidden for awhile, or try taking the 3 guys.... you know, its just more involved and visceral. I think games like Elite are helped by an existing knowledge and appreciation for space, space travel and its possibilities, something not everyone has. That said, Mass Effect rates as one of my all time favorites, but it had a trillion miles of dialogue. Maybe i mention this because i am worried about Star Citizen..i don't know, nevermind that...

Rifts said:
@Calibos nope haha! I was a complete VR virgin and people only seemed to talk about god-rays and resolution at the time. I got my rift in June although idk what that has to do with anything  😮 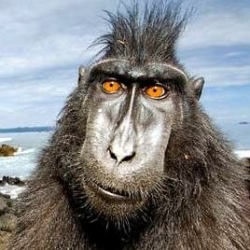 I've dreamt about good quality VR since I was a teenager (35 years ago). I've followed every step, watched every review, all the broken promises. I started following the latest drive with the rift a few years ago and actually started to believe it was going to meet all the promises. I got the cv1 and set it up with trepidation that the hype was overblown. Then I played thought Dreamdeck and realised they had delivered as I took my headset off with a huge grin on my face. Forget the faults, it's first generation, what they've done is amazing!
3 Kudos
Share
Reply

Rifts said:
I think you're right. No one had told me the FoV was smaller than irl so I was quite disappointed when I put my Rift on and it felt like I was using horse blinders >.< although it was still an amazing experience as a whole.

I find the FOV to be slightly larger than IRL,  and any greater FOV would be wasted.  It already covers a larger area than my glasses do.