Any way to add friends or play games with them when I do not have a Facebook account?

Is there any way that I can add friends or respond to their invites when I do not have a Facebook account?

Black_Jack_62 said:
Is there any way that I can add friends or respond to their invites when I do not have a Facebook account?

As an InfoSec professional, I can certainly understand the privacy aspects for not wanting to do so.  With that said, I'm going to make a "thinly veiled" suggestion...

I didn’t have or want a FB account before they added the requirement, but I didn’t want to lose the ability to interact with my Oculus friends list. So, I created a bare-bones account—name, email address, date of birth, and the same image that I use as my forum avatar for my photo. I didn’t provide any information that they didn’t already have from my Oculus account. I don’t use the FB account for any social media purposes—I don’t add friends, post photos, or click “Like” on random internet pages. The account link is a back-end thing; your Oculus friends don’t see it, and you don’t expose your real name to people you play VR games with. I can tell you that having the account hasn’t impacted my life in any measurable way.

I have a separate facebook account I use only for linking to mobile games, etc, that support cloud saving over facebook. Oddly enough, I've found facebook saving of accounts to be IMMEASURABLY more stable and reliable than google, ingame, etc. Facebook saves have always worked well for me and it's kind of hilarious since it's not good for anything else. I use it for no social networking reasons aside from occasionally watching people who stream on there when they aren't on twitch.
Google logins barely work half the time. Facebook's works 100% of the time. It's an odd thing since Facebook stuff tends to be... questionable.
8700k @ whatever i feel like, 2070 Super, 3200mhz 32gb memory @ CL16, 1tb wd sn750, msi z370 gaming plus, pvc pipe gun

Given that Oculus accounts and this forum's accounts are now Facebook's accounts, you may want to revise your 100% theory.

A quick search will reveal many complaints over a long period of time about the inability to log in to this forum.

Black_Jack_62 said:
Is there any way that I can add friends or respond to their invites when I do not have a Facebook account?

Yeah unfortunatly a FB account is now a mandatory requirement if you want to continue to use the social aspect of any Oculus VR HMDs, and i can quite understand your hesitation to such requirements, not like FB has a sterling record when it comes to peoples privacy, but all you can really do at this point is either make a completly fake account and hope FB don't close it, ditch Oculus hardware completly and go for a third party HMD that uses steamVR, or if you and your son have a PC that can run VR games you could also use the link cable to connect your Quest to said PC's and use steamVR to meet and play games, and yes i have no doubt none of these are the answers you wanted to hear but at this point those seem to be the only solutions to this.

Hey there,
A lot of games offer internal friends list. I'd like to say all multiplayer games do it, but I'm really not sure. At least they should.
Just check if your games have an internal friend list system. If they do, use those. If they don't, maybe do a barebones Facebook account like someone sugested. 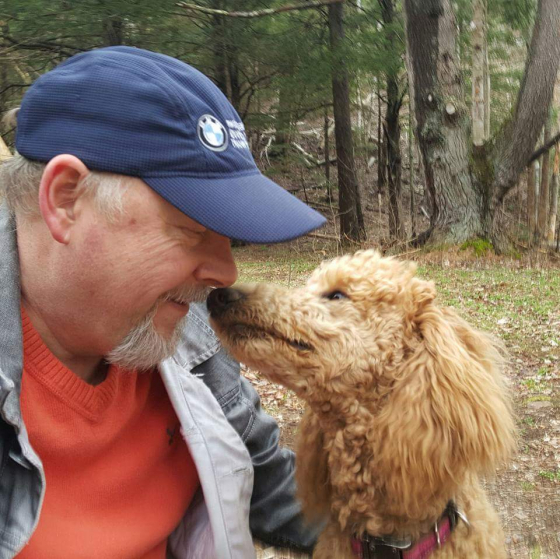 This sounds highly unethical. I purchased my 2 Oculus systems over a year ago. One reason was that they had a separate social networking like Steam the feature they offered,  Communications is a very necessary part of gaming. Now I have been banned from Facebook because they say I do not meet their social standards and am now being denied the ability to invite friends to games which is a PRETTY BIG PART OF GAMING.  This has put me out of touch with my other Ocullus friends who I had and now can not game multiplayer in my own home even with my wife and grand children on our two head sets. This should have nothing to do with Facebook and the fact that a person could encounter a problem and then be denied necessary services renders my hardware purchase and many of my games worthless 😞   I have honored and followed ALL rules here without incident.
0 Kudos
Share
Reply