I thought some people might find this interesting, I know I looked for this kind of perspective before receiving my Rift so here we go!

History: I'm albino and as such my eyes never fully developed, and my right eye actually developed improperly effectively making me stereo blind as well. My left eye corrected acuity is 20/200 and my right eye is 20/270. I've been to one 3D movie in my life and it was blurry and awful, I just can't see the effect. My prescription reading glasses are ~0.6" and I use them for working at a computer, playing handheld games, reading, handy work, anything where I need to see well up close. My regular glasses don't improve my vision much, merely sharpening some edges, and I've since switched to contacts in anticipation for VR. I drive with a bioptic parascope. In spite of these limitations, virtual reality has always been a dream of mine and I sure as hell wasn't going to skip on on this new wave of tech. I bought a Gear VR and while it didn't get much use (fogging, discomfort, content) it opened my mind to what VR could mean for me! Leading up to me finally receiving my CV1 (first proper headset, never tried DK2) and reading all the comments/concerns/complaints about the device, I was really curious how, or if, they'd affect someone like me.

Screen Door Effect - Easy, I don't see it. I tried to see it, and there is no point in any piece of software where this is even remotely visible to me. As far as I'm concerned, there is no SDE.

Field of View - I don't really have any complaints here. It's easy enough to notice the FOV if I make a deliberate attempt, but when you're actually gaming or watching movies your eyes are generally centered anyway and I've never had it break immersion. The only time I really notice is with productivity apps like Virtual Desktop, and even then it's not distracting.

Godrays!!! - They're there? Maybe I'm so used to seeing life through smudgy glasses that they just look normal to me. I can see them, but to me they're subtle, and never something I notice during actual gameplay. It's something that, if I'm looking for it I can find it, but it's immediately forgotten once I go back to what I'm actually supposed to be doing.

Nose Gap - It's real! I'm a bit split on this one. I was initially surprised by just how big and obvious it is, but at the same time It's not affecting my usage as much as I thought it would. My wife loves it for glancing down in meatspace, and I've used it to locate drinks and the remote as well. Still, whenever I have to look up in VR you get that blast of light that can catch your off guard. Of course none of that matters once the lights go off. I guess it's one of those things that definitely exists, but I'm not too worked up over.

Headphones - The existence of these headphones is a large part of why I just cancelled my Vive order. Quality wise they're really good, but most of all they make taking the headset off and putting it on an absolute breeze. Add to that how flexible they are and it all just adds up to a great audio experience. Not having to think about getting your audio is just fantastic. I've not tested the mic.

Stereoscopic 3D - I know it's been said before but I'll say it again: People who can't see 3D on 3D TV's or in movie theaters CAN see it in VR. Or, well, at least I can. It's totally novel to me, and I absolutely love it. You can absolutely get a feel of depth and distance, just like in real life. Additionally, through Virtual Desktop I can finally watch SBS 3D movies!

Free Stuff - Lost made me fall on my ass. Dreamdeck triggered my vertigo and made me cower in fear. Lucky's Tale was absolutely brilliant and nobody could stop smiling while they played it. My only complaint with these experiences, and really the Rift in general, is that I'm finding myself having to reset the sensor position for almost everything I sit down to play, especially when transitioning from sitting to standing. It's quick and easy and reminds me how great the remote is, but still. I really wanted to play EvE Valkyrie but there seems to be account creation issues...

DolphinVR - It's janky, and I can't read ANY text, but playing Windwaker in VR was AMAZING. To be fair I haven't made a single configuration change, so, that's probably on me.

American Truck Simulator - On my monitor, behind a steering wheel, I had a really hard time playing this game. Couldn't see the dashboard meters, could only just make out the GPS, etc. In VR I can look left and right, check my mirrors, and lean in to read meters. It's so cool! No issues, aside from the one where I could never be trusted to drive a big rig in real life.

Virtual Desktop - This worked much better than I expected in regards to being able to actually ready anything. In fact I was able to work in Outlook, Skype for Business and Chrome without any issue whatsoever! Pulling up Plex in in either the Home Theater or Cinema environments is great as well. My biggest complaint is that I'm fighting with the sensor position constantly! I find using the Home Office environment helps with this some, but still... Regardless, I have this app running at all times.

Elite Dangerous - Best for last? I had to do some fiddling to get this going. First I had to find the option to enable the HMD, then I had to change the visual preset to stop the game from being jittery. Once I was all good to go though... Just... Wow. The 3D is in full effect, both outside my ship and inside with hologram projected HUD effects. My sense of size and place is much more pronounced, making docking and exiting ports both more exciting and somewhat easier. If there's anything I can't read I can just lean in to bring it into focus which feels perfectly natural and intuitive. Almost all the menus function perfectly in VR, with the exceptions being the Galaxy and System maps which are widely acknowledged as being horrible. The only thing I have a hard time seeing is the distance to my destination, as this text seems to be fixed in place. It's not so bad I can't figure it out, and since it's the only thing I have a real issue with it's not a deal breaker. I love looking at the HUD to activate different tabs, and standing up and walking around the cockpit of my T6 was an incredible experience. My bass shakers will be arriving today. Can not wait.

Using my Rift for a day was a very reassuring experience. Despite my poor vision I wasn't only able to use the hardware, but I never felt limited by it either! In fact, not having to worry about god rays or SDE or FOV was a bit of a relief. I did actually see the red tint that's been mentioned but it was SO subtle and I only see it when the screen goes black and stays there for a while.

TL;DR - At least in my experience, if you're blind but can still use a computer, you should be able to use a VR HMD. In 3D no less!
12 Kudos
Share
Reply
6 REPLIES 6

That's one of the best posts I've read. Thanks for taking the time to do it!

I find it amazing that someone registered blind can actually get this much enjoyment out of a visual device. Incredible!!

Great post! getting more excited as read more and more positive experiences. My ship date is between 5-2/5/12 getting there I hope.
0 Kudos
Share
Reply 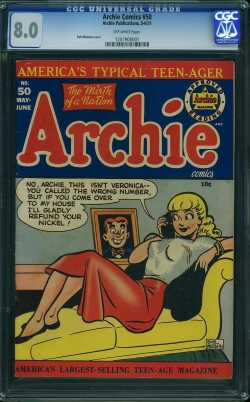 Great Post.  Do you see more clear in the Rift than in real life with corrected lenses?  Just curious how the screen being so close to your eyes changes things.
0 Kudos
Share
Reply

Haha, thanks all! Also forgot to mention there's no VR sickness for me, but then I'm not prone to motion sickness in real life either. My wife had to stop playing Lucky's Tale after about 20 minutes due to nausea though.

I'm also still working getting it adjusted right. The rigid back piece is cradling my skull putting most of the weight there and on my brow, but after a but it starts resting on my cheeks, which I don't think it should be. Only had it for about half a day though, so, plenty of time to work that out!
0 Kudos
Share
Reply