Google and Imax to make a VR camera.

Virtual reality is a technology concept that’s been periodically attempted by the tech, gaming, and motion picture industries, but for a variety of reasons has never quite caught on. The concept goes back all the way to the 1960s, and something called Sensorama, although the concept lived more in sci-fi than reality for most of the next couple decades. Companies like Virtuality and Sega made VR gaming attempts in the 1990s, but neither succeeded.

More recently, the idea has gained an increasing amount of traction, with new VR products showing up each year at the International Consumer Electronics Show, and the Facebook-owned Oculus Rift finally arriving on the market this year after years of hype. Now, one of the world’s largest tech companies is teaming up with a titan of the movie exhibition industry to create a new VR camera.

Google and IMAX announced this week that they have partnered to create a “cinema-grade virtual reality (VR) camera.” The project was announced at Google’s annual I/O developer conference. Its purpose, according to an accompanying press release, is “to enable today’s leading filmmakers and content creators to deliver the highest-quality 3D 360-degree content experiences to audiences worldwide.” The project will use Jump, described as a 3D 360 video platform. As is often the case with new presentation technologies, existing IMAX documentary content will be made available first. IMAX Corp. CEO, Richard L. Gelfond, said of the announcement:

“For nearly 50 years, IMAX has pioneered moving image capture to allow filmmakers to produce the highest resolution images across 2D, 3D, film and digital formats. Today’s partnership with Google takes us into the next frontier of immersive experiences – virtual reality – and we look forward to working with them to provide our filmmaker partners and other content creators with a level of VR capture quality not yet seen in this space. VR marks an exciting area of opportunity for IMAX and we believe this agreement, which enables us to participate in image capture and content creation, is an important first step in our broader VR strategy.”
A PC with lots of gadgets inside and a thing to see in 3D that you put on your head. 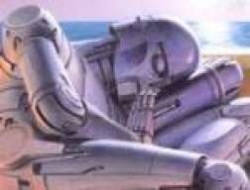 Interesting... I actually was wondering the other day how it would even be possible to do 360 in 3d.  You do 360 by stitching a bunch of camera feeds together.  You do 3D by filming with two cameras to simulate seeing through two eyes.... how do you show two different perspectives looking in 360 degrees?  It seems like that would be difficult to do.  There must be some sophisticated software/hardware in the background to stitch a 360 view together in 3D.
0 Kudos
Share
Reply