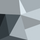 How to Livestream Games from the Quest 2 with Link cable on YouTube or Twitch.

There's quite a lot of tutorials online that you can follow to get this done, but in essence, you'll need a few things.

If you plan on having mixed reality streams, a lot of streamers use LIV, but I personally have no experience in it. For just general VR streaming, OVR Toolkit is a great one for chat and alerts while in VR if you're using SteamVR. Though, I've heard of some cases where OVR Toolkit can cause performance issues.

With OBS, you can launch the game in VR, use a Game Capture source to stream the specific Window you want, and go live directly to Twitch if you link your account with the software.

That's the bare-bones basics to streaming VR, but there's a lot more that can go into it. Configuring audio with something like Voicemeter, creating overlays, alerts, etc. I seriously recommend watching some tutorials for setting up your streaming software, and just your stream in general. It's going to go a lot more in-depth than what I've covered here, and it'll help you a lot.

Technology, at a certain level of sophistication, is indistinguishable from magic. - some wise guy or something probably
0 Kudos
Share
Reply

so its the same as with normal streaming only difference is that i have to select different mic and audio?

Yeah, it's literally the exact same. The only difference is that you'll need other external tools for hearing alerts, and looking at chat while in VR. Obviously, it's going to take a lot more processing power since you're streaming VR games, but if your specs are good enough or you're running a 2 PC streaming setup, you'll have no problems. You just set the game capture window to stream the game, or LIV if you're running mixed reality overlays.

You don't have to set a different audio. Pretty sure the audio is going to be picked up by OBS regardless for your stream, and then you can just add whatever mic(s) you want. So your Quest 2 mic or a headphone mic if you're putting headphones on over the headset.

If you're using StreamLabs though, you might have to tweak the settings because it might auto-default to the left or right eye.

Technology, at a certain level of sophistication, is indistinguishable from magic. - some wise guy or something probably
0 Kudos
Share
Reply