Trailor for Farpoint 2.5 years in development. out in may

Unfortunately it's only for playstation vr is why I bought it as well as the rift. This got great reviews & the motion control aim gun that comes with it has all the sticks and buttons and and allows for full locomotion. Reviewers said the gun is spot on. It's a full game not a demo. If anyone has been on the fence if playstation vr is worth a buy this game may make it worth a buy especially if u want to play Resident evil 7 vr a year before everyone else.
Heres the trailor:
https://www.google.com/url?sa=t&source=web&rct=j&url=https://m.youtube.com/watch%3Fv%3DKGtLBjQ53tg&v... 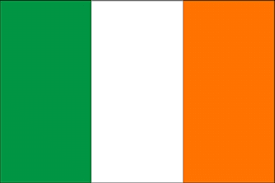 Anything thats going to push VR into the mainstream more is to be welcomed, just wish it wasn't an exclusive to PSVR
0 Kudos
Share
Reply

V cool - shame we can't play it, but it'll be nice to see something similar for the Rift :smile:


Though you are more than slightly incoherent, I agree with you Madam,
a plum is a terrible thing to do to a nostril.
0 Kudos
Share
Reply

Holy crap this looks good. I hope it eventually gets a PC/Rift release maybe after PS exclusivity runs out.

Either way, it makes me happy to see good things coming out for VR on any platform. Welcome to the new age!
0 Kudos
Share
Reply

It won't ever come out on the rift because it was made for playstation vr like for example the unchartered series was made just for playstation. It would be great if something came out similar fo the rift and vive. When the headset population increases is when that will happen more.
0 Kudos
Share
Reply

inovator said:
It won't ever come out on the rift because it was made for playstation vr like for example the unchartered series was made just for playstation. It would be great if something came out similar fo the rift and vive. When the headset population increases is when that will happen more.

Completely untrue. Being made for one platform does not exclude it completely from another. It may or may not be more work than say making a Rift game compatible with the Vive, but the game logic remains the same (and can be improved upon to support Touch/Vive wands) during the year or two of exclusivity that is required by Sony.

Several games are already headed to the Rift from PSVR like for example, the Battlezone game and Batman: Arkham VR - which is already here after being a PSVR exclusive.
1 Kudo
Share
Reply