Vive vs Oculus for bugs. 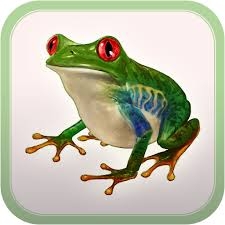 Does anonyone know how many issues there is with the VIve compared to the Oculus.
Eg, usb drop outs, tracking issues, random drop outs.

I am wondering whether more people with go with the vive. I mean seriously there is some technical issues with the Oculus..
They should sell that inatek usb pci e with the oculus.
Seriously. I wouldnt cost much. Just add another 20 to the price.

well if you only spend time on the Oculus forums you are going to think that! 🙂

Vive will have just as many problems but they don't have a main forum to see the issues, I've seen people saying the buttons etc break on their controllers, tracking drops etc but it's all just normal tech stuff. You are only going to see the people who have problems, no one creates a post saying 'hey I got my vive/rift and it works!' 😛


If the rift/vive have sold say (just for argument sake, don't bite my head off :P) 200,000 and you see 2000 posts on the forum saying something is broken, that might seem massive to us but it's only 1% of the users having issues, and I bet at least 50% of those problems are user error / not reading the recommended specs 😛
0 Kudos
Share
Reply

Yeh, like I said it would be good if they put the Inatek card in with the sale of the Oculus.
That would be a smart move.

Looking at the poll you made it's not a smart move to include it since 50% of people had good enough MoBo, and the compatibility will only get better as people start upgrading etc

Not really. Maybe oculus might pay attention to the poll and adjust accordingly.
And 50% did not.
So that is 50% of customers being frustrated.
Maybe they could sell it as an option
0 Kudos
Share
Reply

molokow said:
Yeh, like I said it would be good if they put the Inatek card in with the sale of the Oculus.
That would be a smart move.

It's really easy to just run the compatibility tool ahead of time and just order the card you need on Amazon.

You also have to remember you are taking a sample from the people on the forums, we are a very small number of people compared to the amount of Rift's sold, most of us here are probably the more tech savvy types that build their own computer etc so needing to buy the card is more common.

However there are a lot of people who just bought the Rift with the 'Oculus Ready' PC's who don't visit these forums and wouldn't have any issues at all with USBs since its all ready to go in the PC.
0 Kudos
Share
Reply

I have access to a Vive at work and a CV1 both at work and at home. I'm usually the one who has to set it all up.
So far I've had more problems with the Vive than either of the CV1's.
My home CV1 sensor won't run on any of my usb 3 ports, but I don't count that as a problem because usb 2 works fine and has no downside so far.

I had to frig around so much with mine.
I bought mine secondhand. So, you can see how it got all sour.
I am getting the touch new tho.

FrozenPea said:
I'm in the '50% who bought a card' and I wasn't frustrated at all because I ran the compatibility test and it told me the USB ports weren't good enough so I bought the card well ahead of time 😛

Same here, it's now surplus to requirements as I've upgraded to an i7 6700K, might go back in though as I'm getting 2 sensors with Touch.