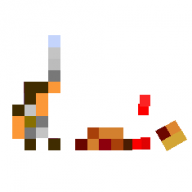 I can't find information on how to achieve monoscopic background with RT applied to a quad. I was able to do it without trouble some time ago then something went wrong. No matter what it try i get weird results. Is this a known issue with actual Unity (5.3.4p5)/OVR Utils versions, or does someone have some advices ?

Background monoscopic rendering is fairly tricky due to the difference in head pose between the mono pass and the stereo pass. You can see an example in the "Mono Optimization" scene of our Sample Framework at https://developer.oculus.com/downloads/game-engines/1.3.0/Oculus_Sample_Framework_for_Unity_5_Project. We are working on first-class support for this technique inside of Unity, but there isn't a firm ETA yet.
0 Kudos
Share
Reply

@vrdaveb thanks for the infos, however i can't find a scene named "Mono Optimization" in the Sample Framework 1.3.0 (nor something related at first glance)

Does the difference in head pose matter is the mono camera is rendered with a near clip plane of 1000 Unity units (standard OVR scale so 1 unit = 1m)?

I tried this and the background looked to be in the right place but I had problems with 'gaps' opening up between the near cam's far plane and render texture billboard around the edges of the screen (but not the middle). I switched to having a near OVRCameraRig and and far OVRCameraRig (the far one only rendering a few layers) but the render texture method should be more efficient?

I had some hopes reading @vrdaveb answer but now it looks like my GearVR project is stuck for good. I can't find up to date infos on this anywhere, and nothing in the Sample Framework after many checks. the desktop and mobile results are differents and unpredictable from one version to another. Any advices are welcomed.

Looks like i found a workaround. My background RT cam mimics the main camera on precull. RT quad is parented to bg cam. According to the device (desktop/mobile) i search and setup the best quad's z-distance from cam. A little hacky but seems to do the trick.

Sorry, looks like that one hasn't shipped yet. We are working on first-class support for this, but the internal sample does it a different way, using command buffers to make sure there is no pose drift between the background and foreground cameras. I'll see if we can expedite shipping the feature or the sample. In the meantime, your current approach sounds reasonable.

Thanks vrdaveb. The image was correct in the XY plane and my far clip plane for the normal cam was 1000m. I had to overlap the planes slightly to avoid a halo effect on steep triangles (possibly my render texture was too low res).

What it looked like was that the far plane of the normal cam and near plane of the background diverged towards the edge of the view but matched up in the centre. I think it only happened on the Gear, not when testing on the PC (monitor, not Rift). I don't understand how that could happen - I could have had the head pose for the background wrong if that would explain it. I switched to the dual camera rig method a while ago so can't check. Not critical, just wondered if this was a common error with a known change to correct it.

That sounds like an issue with your projection matrix. Unity renders with a symmetric frustum, so your left, right, and center cameras should all use the same FOV. Only the near and far clip planes should be different. And the position of the center eye should be the average of the left and right eyes and all 3 should have the same rotation.

Cheers. Do you have a recommendation on which technique to use for a space game (so sparsely populated scenes) with the far clip plane of the normal camera at 1000m? Presumably the Oculus sample when it's available should be the most efficient?