Synopsis
In a rural Kansas town, an eccentric recluse has been found dead, and you are sure he was murdered.  This story will be your big break as a journalist!  You explore his house, and are drawn progressively deeper into his bizarre experiments as his shadowy past is slowly revealed, while being hunted by a masked figure you believe to be his killer.

Gameplay
Gameplay is typical of adventure games, and focuses on exploring rooms, collecting items, and using them in puzzles, while picking up documents to give you more insight into the mysteries surrounding the victim's life and death.  Within the often bizarre context of the game, the puzzles make sense and are fairly easy, so they don't tend to be frustrating or obscure.  Story progression is overall quite linear. Dead Secret doesn't really add any major new gameplay elements or break new ground here, and like many games in the genre, you often have to suspend disbelief at the random and elaborate locking mechanisms that everyone seems to use, but the gameplay is fun.

Story and Atmosphere
Dead Secret does a good job here.  Again, many elements will be familiar to those who like the genres, like a well-defined cast of suspects, each of whom is revealed to have some motive to kill our victim, as well as the gradual blurring between reality and phantasm common in psychological horror.  The story is interesting, and while Dead Secret's storytelling may not be innovative, it's well executed.  The atmosphere relies more on creepiness and on jump scares to build and maintain tension rather than actual conflict, although there are some sequences where you must flee an assailant.

Utilization of VR
While this game can be played without VR, VR adds a strong level of immersion and really makes the jump scares and overall psychological impact of the game much stronger.  I think this strikes a perfect balance for what VR should be: the game is fun enough that it is a good game without VR, so VR isn't just trying to put lipstick on a pig, and yet VR brings a lot to the table, so it's also not a superfluous add-on with no real value to the game.

VR Comfort is "Comfortable" per the Oculus rating system.  I'd say it ranges from Moderate to Comfortable depending on whether you play in Normal or Comfort mode.  For myself, Normal makes me slightly uncomfortable but well within tolerable limits.

My only minor gripe with VR is that there's no camera reposition / recenter button that I can find, and it can be a bit weird if you move and see your own headless body, or when you look down and your body isn't facing the way you think it should be.

Overall, I'm really enjoying my time in this game, and think that, along with Chronos, it's one of the best VR games I've tried to date.
1 Kudo
Share
Reply
12 REPLIES 12

I completely agree with your rating; I've played through it start to finish twice so far. I'm a big fan of the "lost woods" homage to Zelda. It has the perfect amount of fear, puzzle, and story. 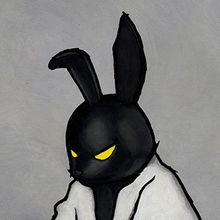 Thanks for the review, I was kinda curious about this one... 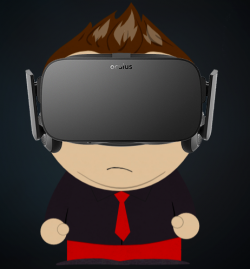 Bought the game a while back, but have not played it yet. after reading your impressions on it i might have to start playing it sooner then later. Thanks
1 Kudo
Share
Reply

@rankinsect - You can recenter in a game. You just have to press the "X" button on your XBox controller and on the right in the menu there is an option to recenter in a app.
0 Kudos
Share
Reply

I'm really enjoying the game but the movement is a bit weird. That shouldn't put you of it though because it's really enjoyable so far. I'm waiting on my Geforce 1080 to play other games and this plays fine on my Geforce 970.
0 Kudos
Share
Reply

This game doesn't get the credit it deserves. Nobody hardly mentioned this game and it's one of the best games I've played so far. I started playing this at 12am last night and when I removed my headset it was 3:48 am. I thought only an hour had past, but i'd been in the headset nearly 4 hours, which is the longest I've ever kept a headset on.
0 Kudos
Share
Reply

Dead Secret is my favorite game so far with the Rift.

Dreadhalls is by far the scariest game I have played on the Rift. But it's too scary. The first time I played it I lasted 15 mintues but now I can only last a few mintues before I have to quit. I wish I could play longer. Despite being the first game I purchased a few months ago I still have not finished it. However, I only had to pull the headset off a few times with Dead Secret. I want more of these kinds of games.

I agree that one of the main missing feature is camera repositioning. It would also be nice to have some way to go back to previous points in the game. 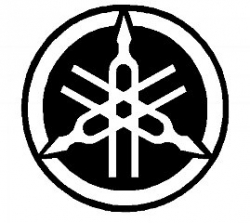 Finished Dead Secret yesterday, was a bit shorter than I thought it would be but loved every minute.

Lol, I bought Dreadhalls too, as a horror game fan I thought I'd be ok but it's terrifying in VR and I too could only withstand about 15 minutes, I'd probably be ok playing it on a monitor.
2 Kudos
Share
Reply

Dead Secret is a great game but I've found myself having to take it quite slow because I just get freaked out so easily! I'm normally not too bad with horror games on a standard monitor but when you're in VR it really changes the entire experience.
1 Kudo
Share
Reply