Feel free to use this thread to post your thoughts on the game, as well as discuss different strategies, tips, tricks, etc.
A quick overview of my initial thoughts & impressions:
I've seen 2 unique strategies so far, and there are certainly plenty more to be found:
So that's the quick review. Here's a lengthier breakdown of the experience:
Note that my machine is not very high-end. I have a 980 GPU and for most of these initial screenshots, the game settings were at "low" graphic detail and low resolution. I ended up increasing the settings to "medium" with 70% resolution. Things began to look much crisper without sacrificing performance. However, if you have a beefy VR GPU then you can enjoy this game at its highest graphic detail and res.
The entire experience begins with a fantastic single-player prologue (a campaign). You start off choosing either Captain America or Black Widow. As you progress throughout the campaign you will encounter other heroes and all of the villains. It's a wonderful introduction to bringing the Marvel Universe in to Virtual Reality.
My absolute favorite part is when Captain Marvel asked me to take her hand,

Once I gripped her hand, there was a stunning sequence where I was holding her shoulder as she flew me to cruiser in the sky. That experience is EXACTLY what I was wanting out of a Superhero-based VR game,

I tried to take a screenshot of me looking "down" during this flight, but the visuals are hard to capture properly because you are engulfed in Captain Marvel's flame. But when you try it, I'm sure you'll fully appreciate this experience.
Next... you're greeted by Thanos and his crew. I have to say that the entire sequence really did remind me of how lucky it is to experience this stage of Virtual Reality.

If you're a fan of games like "From Other Suns" then you'll also appreciate the fact that you can run around a space station with a nice view of Earth.

This is where you'll spend most of your time as you progress through several aspects of the game.  You even get to hang out with baby Groot!

One of your goals is to collect shards of the Cosmic Cube, while also unlocking collectibles and various custom attire for your favorite heroes. In the prologue you are limited to 2 characters, but once you enter this aspect of the game you can pick from the full list of Super Heroes. I'll update this thread at a later time with that list.
Each hero plays differently. Some of those differences are slight, others are drastic. For example, playing the Hulk is absolutely nothing like playing Spiderman. The Hulk is incredibly unique because your entire view changes.  You are a giant and everything will scale down for you, including the other super heroes. It's pretty badass, I have to admit.
There's a screen for each character that shows exactly how to use your Touch Controllers in order to utilize a character's full range of abilities,

There are also screens that show your level progression with each ability, and what it will take for you to progress to the next level.

Fighting the villains isn't overly complex, however, with some strategy and coordinated teamwork, the experience can be very rewarding. It's easy to stay away from the villains and just projectile attack them to death. However, getting up-close-and-personal is pretty damn fun.
Venom, for example, looks great up close. And his attacks are very well implemented.

Overall, this game has a worthy addiction factor if you're looking for fast-paced battle royale combat. Getting a good group of players together creates a highly rewarding experience. Especially once you start using combo attacks, where certain Superhero abilities compliment each other nicely.
I am still going through the list of Heroes, but so far the Hulk is the only one who can grab enemies with his bare hands and have some real fun with their bodies!

My favorite thing about MPU is that it has set a new "baseline standard" for VR experiences in terms of "context" and "content." For example, now it is going to be commonplace to have Spiderman randomly run in front of you blasting his webs...

This is the "new normal." And I like it!
Not to mention that "superhero selfies" (which happen at the end of every mission) are also a new normal; which often leads to lots of laughing between Players.

MPU is well-worth the price of admission. It's made not only for VR from the ground up, but it's made for those Touch Controllers. Solo play is possible for every aspect of the game (so far). However, it is not as rewarding as playing with others. If you're looking for Player's to join, feel free to use this thread to coordinate playtimes.
Happy hunting!
2 Kudos
Share
Reply
78 REPLIES 78 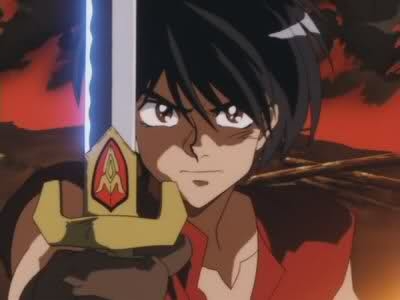 You are right depending on who you select actually does alter the way you play the game especially if you are a huge comic/marvel fan.  Selecting melee fighters like hulk and wolverine will wear you out.  They do have range attacks but you're not playing them for that. When I played wolverine I kept popping my claws for so long.  I wished they added a little "snikt" in there 🙂  Overall I'm enjoying the game immensely. I really hope they continue to add to this.
A little tip and call out to robo recall.  You can catch rockets and
throw them back at the enemies.  I'm not sure if everyone can do this
but I did it with captain marvel.

I noticed that when I used Thor's hammer to block missiles while the Hammer is spinning, it would send them back to the enemy. As opposed to just hitting the missile directly with the Hammer. Cool stuff!

"My absolute favorite part is when Captain Marvel asked me to take her hand."
It's funny zenator likes to act big and tough around here, but the reality is he's just a big girls blouse in tune with his inner child. Especially after swooning over Captain Marvel.

I haven't had the chance to try the game yet - it finished downloading late last night (I've got a free internet connection, paid for by my workplace, but it's slow - took me 8 hours to download the game). Great to know the game plays well on a 980, my performance probably won't bee better when activating high levels of SS.
I won't have the time to try to game before this evening, when the kids are sleeping, sigh.
BTW, nice screenshots - textures look good.

I'm also really impressed with this game so far, only got to play it for about an hour last night, did the prologue as Captain America and then I played multiplayer coop against AI as Spider man, Hulk and Deadpool. I didn't like spiderman as much as I thought I would, the Hulk looked amazing but I prefer ranged classes so Deadpool was the best character so far for me.

A few issues did arise, sometimes the game wouldn't launch, I had to exit and try a 2nd time, it always seems to launch the 2nd time. And I did get occasional stuttering in game, like performance issues, like my PC was finding it hard to load the game. At certain points in battle it would just freeze for a second and then resume. But I let the game off with all these issues because I enjoyed it so much so I didn't let it bother me and I still had a great time. And performance will probably get better over time and I'll eventually upgrade from 1060 to 1080.

When I looked down at my Hulk arms I was so impressed! the way the arms, wrist, hands and muscles move! I thought the VR arms and hands in Lone Echo was good but this game probably has the best VR hands and arms I've ever seen so far.

I can't wait to play this game again tonight, the first heroes I'm going to try is Thor, Dr Strange and Star Lord. 🙂

Awesome - VR devs really need to design more arms - like in Lone Echo and in Discovering Space 2. I really dislike only getting hands or having my arms cut off at the elbow. If the game gives me VR arms, works with SS 2.0 and has great textures - I'm in  😄

Why do so many persons care so much about gameplay? I just like being present in the VR world 😉

(No, still haven't tried the game, although it has been installed on my rig, maybe I should sedate the kids? - That was a joke)

RuneSR2 said:
(No, still haven't tried the game, although it has been installed on my rig, maybe I should sedate the kids? - That was a joke)

If they are old enough, just give them Fortnite to play. Works a treat.

RuneSR2 said:
(No, still haven't tried the game, although it has been installed on my rig, maybe I should sedate the kids? - That was a joke)

If they are old enough, just give them Fortnite to play. Works a treat.

A nice suggestion, unfortunately it wouldn't work - right now my 10-year-old son uses my VR rig to play Fortnite. He says it's the only PC in the house where he gets a constant 60 fps whether or not he uses the lowest or epic settings...  I usually kick him out of the Oculus Portal Room at 8 (PM)  o:)