The potentially most interesting VR game next year might already be arriving in January - namely the AAA game Hitman 3 (jump to 1:20):

The next most interesting VR game - or maybe even the best - may be Hubris - it already looks incredibly awesome:

If I had to guess, then the third most interesting game in 2022 could be Wanderer - but I like adventure games a lot:

Then again, Firmament from Cyan (the makers of Obduction VR and Myst PCVR) looks incredibly awesome too:

For those wanting more action, Vertigo 2 seems to have reached a very high quality level judging from the latest trailer:

Another gem probably arriving next year is Moss: Book 2:

For now Moss: Book II has only been announced for PSVR, but the same happened in 2018, when Moss launched for PSVR in Feb 2018 and 4 months later for PCVR with high-res textures and more (that was June 2018). Let's hope that we'll get the real VR Moss 2 version no later than Summer 2022 🤞

There are many more great PCVR games arriving next year, although some seem to have trouble getting done, or have failed to impress me enough in the trailers and more. Still I hope we'll also see District Steel in 2022:

- I have my doubts when we'll see N1NE: The Splintered, but it also should arrive early next year:

I do have high hopes for Project 4 (next game by the makers for Boneworks), Blunt Force, Low-Fi and LONN.

So looking forward to another awesome year for PCVR, even if this year with the games shown here may be close to the best year ever for PCVR:

Btw, I may have missed several awesome PCVR games arriving in 2022, do write a post if you've found some needing to be on the list of greatest upcoming PCVR games in 2022!

Most of these were supposed to come out in 2021 so I've been waiting for them awhile now. Hopefully the extra time will result in better games.

Agreed - and postponing these games to 2022 may give me just a small chance of finishing the games I bought this year before buying more, lol 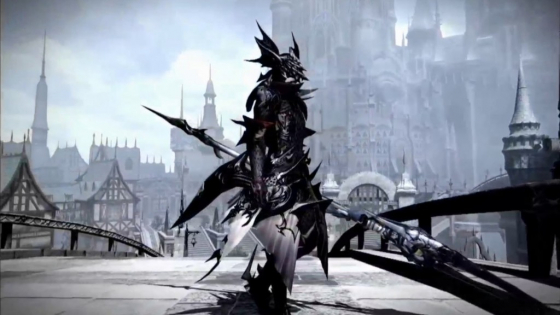 Beat Saber/Blade and Sorcery/Budget Cuts are also good games worth excepting in 2022.

Paranormal Hunter is starting to look great too:

This is proper VR with high-res textures and dynamic lighting/shadows:

Note the shadows on the wall

Polygon count looks ok, and the real-time shadows look great - can't have a spooky horror game with no shadows!

Love the detailed shadow on the wall

More info about the game here:

Another potentially great game is the Shore VR - an adventures game arriving in a week, so January 8 2022:

I'm starting to see red flags if a game is smaller than 10GB, lol - this looks like proper VR with a 15GB install size - because proper VR textures take up much space:

More info about the game here:

The devs recommend a GTX 1080, so this game does look like proper VR to me - and according to the devs PCVR is the primary platform - and expected launch in Q1 2022:

Look potentially nice too... but I need to wait for some reviews before buying this game - the game is made by 6 devs, so at least not a single dev project...

Virtual Virtual Reality 2 is arriving Feb 17, so in just 10 days. The game looks severely Questified to me (=low-poly, no textures, looks like a GearVR/PhoneVR game), but devs recommend a GTX 1070, so they must have done something to please high-end users - maybe the real-time shadows? 🤔

I'm usually not into this kind of games, but many love Virtual Virtual Reality - and maybe the sequel will be popular too:

Get the game here when it launches: https://store.steampowered.com/app/1870630/Virtual_Virtual_Reality_2/

While we're at it, Warhammer 40,000: Battle Sister also arrives on Steam in a few weeks:

According to the devs, the Steam version has been enhanced: "Pixel Toys says the upcoming SteamVR version will be “the most advanced, feature-packed Battle Sister release to date” (source: https://www.roadtovr.com/warhammer-40k-battle-sister-steam-release/ )

Vox Macinae has been a popular multiplayer game for years, and as a great surprise we're getting a single player campaign this year, according to the devs:

"Ok so the truth is, we’ve been secretly developing an epic solar system-spanning singleplayer story campaign for Vox Machinae for over 2 years now. What a relief to finally get that out there, such a load to get off of the ol’ chest. What’s that? You want to know all the details of what you can expect to see from this new chapter of Vox Machinae and how we came to this point? Well you came to the right place, here’s the lowdown.

The scale of Vox was always meant to be massive. Massive mining grinders that were housed in massive hangars, and serviced by multiple crews. Massive operations, possible only due to oversized conglomerates whose reach spans galaxies. Unreasonably massive resources for undertaking such efforts; measured in gigatons — of fuel, of steel, munitions and manpower. They’re not just big, folks! … they’re WAY too big. With the campaign, we're taking this sense of scale to the next logical extreme with new content you simply have to see in VR to believe.

To give feeling to this universe, we focused on creating a wide cast of endearing and quirky characters. A crew of local inhabitants to this corner of space, who made this hostile industry their home. As the new recruit, you look to them to assess the appropriate response to events and vistas: sure, that sensibly oversized walking citadel is unusual in our world — but what about the day-to-day mining ops in the Serus System? Come on!

The campaign had to span an entire star system. To ground the experience, we needed to create an appropriate environment that would serve as a homebase to come back to after each mission. No matter whether we return from mining on Topaz or venture into the darkness of the distant obits of Serus’ secluded planets; A little carrier by the name of ‘The Competence’ will take you there. During those journeys between planets you'll be able to fully explore this new space while geting to know your new crew.

Fresh locales along with the battle-tested maps from multiplayer make their appearances, now host to a gripping new story. The environments have character of their own. Beyond standard inhospitality, their morphology presents different challenges — both in traversal as well as complications in combat. Sometimes standing to your advantage, sometimes exposing you to the enemy. It’s best to keep your awareness of surroundings about you in this alien scenery.

No cinematic ride would be complete without a custom music score for all the action taking place between hitting start, and the final flash of the credits. Vox Machinae continues to receive tremendous love and attention from the original composer since the project began."

From the makers of Zero Caliber and A-Tech Cybernetic, Gambit should also arrive this year - a new 4-player shooter (also with singleplayer), maybe trying the provide some competition for After the Fall:

Get Gambit here when it launches: https://store.steampowered.com/app/1736120/Gambit/

Shortly the sequel to Ultrawings is also arriving shortly. According the devs, PCVR users will not get a low-end direct port of the standalone Quest version - one dev wrote: "The Quest version and PCVR version don't share the same island (or aircraft) assets.". I did like the original game, and I'm looking forward to the PCVR version of Ultrawings 2:

Interesting what kind of cpu and gpu you'll need for such graphics...

I was very disappointed to find out that oculus 2 has no marvel games available to play.