This has just gone on to kickstarter and looks great !

Is multi player and you can have someone play as DM as well.

There's also a "Dungeon Creator" tool as well, so should be plenty of replay-ability.
0 Kudos
Share
Reply
14 REPLIES 14

rogangriffin said:
Hi ZBoson,
Sorry, I haven't come across that sort of a reward in a Kickstarter campaign, so could you tell me a little more about it? Is this access to just rigged characters and/or environments? Is it access to plugins? The target audience is just other developers? And what are the other developers doing with these assets?
It's definitely an intriguing concept. I am just unfamiliar with it, so I'd love to know more.
Thanks!

Well I don't know exactly because I don't have access to their Unity assets.  They wanted 400+ USD at the time for the Developer pledge and there was no way I was going to pay that much for that.  Now that I use Unity regularly I am more interested. Their website says

https://www.shroudoftheavatar.com/?page_id=35139
"SotA will not only be crowdsourcing content from users but also crowd sharing! * SotA will release Unity content packs for download by those at the Developer tier (and above)! These Unity content packs contain *
game assets which can be used, free of charge in your own creations.
This includes using the assets in games you intend to sell with the only
requirement is that we are named in the credits!"
They have a EULA that comes with the assets which gives more details and restrictions.  The Developer pledge also gives you read only access to the developer forum. As I said I don't have this access so I don't know exactly what it entails.  But if you were to have a pledge like this I would probably be willing to pledge a few hundred or more USD.

I don't know how interesting this is to other people though. 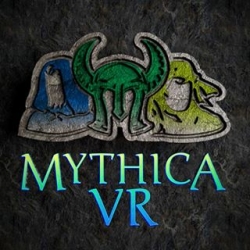 This is good information. I guess it's now on us to find out how many other people would be interested in that reward tier. Thanks ZBoson!
1 Kudo
Share
Reply

VR Puppetry! How fantastic. That reminded me of the epic Naruto puppet battles...

rogangriffin said:
This is good information. I guess it's now on us to find out how many other people would be interested in that reward tier. Thanks ZBoson!

I went ahead and backed 80 USD.

Thanks ZBoson. I'll keep you informed on whether we decide to do a reward tier targeted to devs.
0 Kudos
Share
Reply