Serious. Complaint against the Oculus App.

Serious.  The Oculus App uses way too much CPU power.  You need to stop requiring it to run in the background alongside SteamVR.  Really, just stop.  We already spent nearly $400 on the headset, we don’t need to deal with this petty bullcorn too.
1 Kudo
Share
Reply
11 REPLIES 11 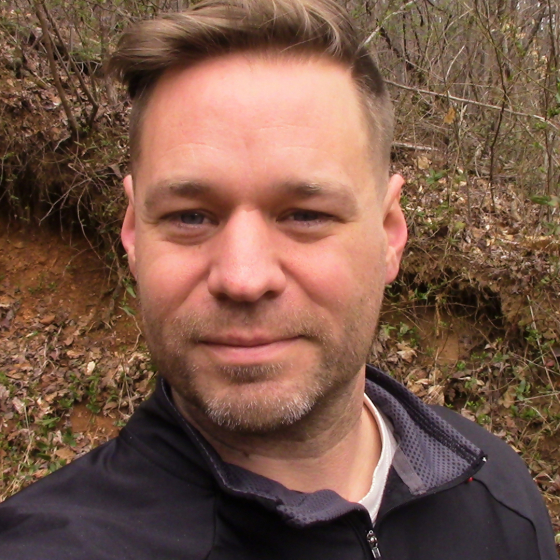 For those of us developing on the Quest, not even playing VR on our PC, we now have to run the Oculus App in the background in order to even use the Oculus plugin in the Unreal Engine! These kinds of practices are signs of an insecure, greedy company, and will come back to bite them in the end as it has to many other companies in the recent past.

The Oculus platform has already paid a heavy price for going full exclusive after promising the community that it would stay open. That's the reason I, and my friends, always suggest Vive or Index over Oculus to people who ask what they should get.
0 Kudos
Share
Reply

The app closes as soon as you run any app unless something has been tempered with.
Developing for Quest then telling people to buy vive or index, that really sound like a bad business model afaict ?
Be good, die great !

It might help if we know what processor usage you're experiencing. On my machine when not using the headset,the Oculus app is sitting at 0% with occasional rises to 0.3% and around 200MB and Steam's at 0% occasionally rising to 0.8% and 259MB of RAM.

When using the headset CPU usage rises as you'd expect, as the runtime is doing its magic of running the headset, the Oculus Home app becomes passive when running a game in the headset, so shouldn't take up any additional resources.

Annoyed.  Every time I turn on my computer, I have to restart my Oculus software at least 30 times, and I often end up just restarting my entire PC at least 3 times just to get the (Rift S) headset to work correctly.  And it uses an incredible amount of CPU power.  I have a 4.4 GHz processor, and your app uses a minimum of 23% of it at any given time.
Pissed.  Furthermore, I paid $399 for this headset to play SteamVR games, so this dumb Steam rivalry has got to stop.  It’s on both sides, granted, but when all setup is said and done I haven’t even launched the game and my CPU is between 65% and 87%, over half of which is the Oculus App, not even the background processes, just the app which I don’t even use.  I understand that VR is very CPU-intensive, but requiring players to run an app that serves no purpose to them due to some rivalry with Steam?  That’s unacceptable.
Suggestion.  Stop requiring the Oculus App to be open in the background of SteamVR to cut back on unnecessary CPU usage, stop this dumb rivalry with Steam - which, by the way, provides you with a pretty big user demographic - and play nice with your customers.  Customers should come first.  You want to compete in this market effectively?  Deliver what the customers want and you’ll maintain a larger market-demographic.  It’s the most basic and profitable market strategy out there.  What you’re doing is pulling the Gillette of the gaming market, frustrating a huge portion of your target demographic and making your product less desirable.
Serious.  Overall, when it’s working right, you’ve got a great, fun product to use.  At the end of the day, we’re on the same side.  I want to spend money for a good product that is compatible with what I want to do and what games I wish to play, and you want my money in exchange for providing that.  Take away compatibility, and you loose my interest and thus my money.  This isn’t an attack on your product by a giant sack of wet turds, this is simply called a good marketing strategy.
0 Kudos
Share
Reply

Fair.  For those who are seeing 0.5% CPU usage on idle, I’d love to see what you’re doing.  I’ve never tampered with a single part of the app after installing it other than basic settings, and idle, non-use of the headset with just the app open is at least 23% at any given time.  I’m using a Quad-Core 4.4GHz processor.
Additional.  Whenever I start up my computer, I spend about an hour just trying to get the headset to work right.  After fiddling with it, restarting the app 30 times and restarting the computer 3 times on average, I usually get to playing.
Contrary.  However, I constantly find myself watching Task Manager and finding up to 99% CPU usage with any game, and with only the Oculus App and SteamVR running I’m seeing numbers around 65% to 87%, with the Oculus App using more than half of it at any given time.  So yeah, the situation is very sucky-sucky.  And not in a good, receiving kind of way.
0 Kudos
Share
Reply

KlodsBrik said:
Developing for Quest then telling people to buy vive or index, that really sound like a bad business model afaict ?

Fair.  My guess is that the user is probably expressing opinions based on their less-than-satisfactory experience with developing on the Quest, and is recommending other products based on this experience.  It seems you are assuming that they are “saying one thing and doing another,” or that their advice on getting a better product whilst developing for the Oculus Rift is in the same reference, which from the context provided it is indiscernible whether or not this is the case.
0 Kudos
Share
Reply

Those of us with 0% CPU usage are what everyone should be getting and we're not doing anything to get it... just installed the software and that's it. Well that's my case at least!

From the symptoms you're describing, something clearly isn't right with your installation, having to restart the app 30 times and your computer 3 times is a sign that something's wrong. Not necessarily that the Oculus app needs to be changed.

Perhaps someone else with the symptoms you're describing can help with a solution.

Ham1ton said:
For those of us developing on the Quest, not even playing VR on our PC, we now have to run the Oculus App in the background in order to even use the Oculus plugin in the Unreal Engine! These kinds of practices are signs of an insecure, greedy company, and will come back to bite them in the end as it has to many other companies in the recent past.

The Oculus platform has already paid a heavy price for going full exclusive after promising the community that it would stay open. That's the reason I, and my friends, always suggest Vive or Index over Oculus to people who ask what they should get.

Sarcastic.  Yeah, that really is Facebook for you.  I made a harmless political joke (on my original personal account), and was banned for life.
Serious.  And yeah, if I could afford to get the Steam Index right now, I’d have never gotten the Rift S in the first place.  $399 is pretty ridiculous, but it was at least realistically within my reach.  The Index’s price was way out there, especially considering that my current primary income is based on car repair and maintenance for my friends, who seem to expect to pay for little more than the cost of parts.
Reminiscent.  Man I miss the Alaskan bushrat lifestyle, out there I hunted/fished for my own food, chopped my own firewood, cooked everything outside over the campfire and people would pay me what my work was worth.  The city sucks, and I need better friends.  Country folk, not city-slicks.  I keep telling myself it’s so I can use my lumber to build my own cabin and not freeze to death this winter, but oh my crap has that concept never before seemed so appealing!
0 Kudos
Share
Reply